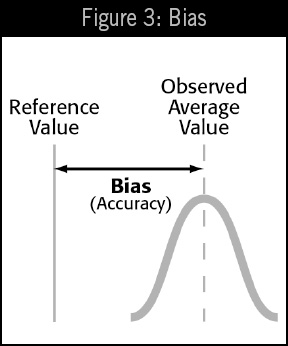 In another blow to Minnesota's breath testing program last week a Hennepin County Judge ruled in this Order the Commissioner of Public Safety failed to prove our client's alcohol concentration was 0.16 or more and rescinded the license revocation. Specifically, the Court found that the Minnesota Bureau of Criminal Apprehension's (BCA) failure to calculate and adjust the breath test result for the actual bias (whether the machine consistently reads high or low) renders the test result unreliable.

In the case our client's breath test samples registered alcohol concentrations of 0.192 and 0.185 (0.1885 average). Because his final test result was over .16 the Department of Public Safety (DPS) revoked his driver's license for one year (rather than the usual 90 day revocation) without the possibility of a work permit and impounded his license plates (resulting in so-called "Whiskey Plates|). We challenged the revocation and license plate impoundment and had a hearing.

We subpoenaed a BCA forensic scientist to the hearing. Using learned scientific treatises (and based on our extensive experience cross examining them) we elicited damning admissions from the Minnesota government scientists. These admissions allowed us to argue that the BCA procedures fail to follow the consensus in the scientific community and the results should be discarded.

In response to our arguments, the attorney general argued that 0.1885 is too far away from 0.16 for the measurement uncertainty to make any meaningful difference. However, as the Hennepin County Judge pointed out, this argument ignores the core of the challenge: the BCA cannot say how much bias affected the test result. The judge also noted that the BCA admitted under our questioning that bias increases dramatically at this concentration, but the BCA has not bothered to evaluate the actual bias.

Without more information on the device's bias, the Judge held that the state failed to prove it was more likely than not that our client's alcohol concentration was 0.16 or more. Therefore, the license revocation and plate impoundment for being 0.16 or more was rescinded.

(It should be pointed out that this challenge -- whether the alcohol concentration was 0.16 or more -- is appropriate in Implied Consent cases after Ramsay Law Firm's recent victory in Janssen v. Commissioner of Public Safety.)

Ramsay Law Firm's own Jay Adkins handled the case and did a fantastic job cross examining the BCA forensic scientist and arguing to the court.

Our firm's breath test challenges not only continue to produce more victories, but bigger victories as well; "bigger" meaning that test results further from legal thresholds will be insufficient proof of the actual alcohol concentration was, in fact, over the legal threshold. When judges first started to throw out criminal and Implied Consent cases based on our metrology challenges they were generally limited to cases where the test reading was very close to the legal limit (e.g. 0.085, just 0.005 over the legal limit). However, as we've extracted more information from the state crime lab and continued to learn more about the proper reporting of measurements, judges are seeing the inadequacies of the test results even when the results are further and further from the legal threshold.