Brooks Decision : Some Questions Answered Yet Some Puzzles Remain Unsolved 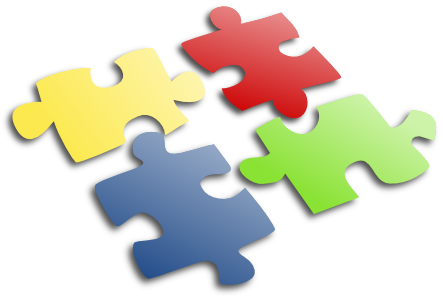 Today, the Minnesota Supreme Court issued their decision in State v. Brooks. The majority concluded that, on the facts presented to the Court, Mr. Brooks freely and voluntarily consented to submit to warrantless searches and seizures of his blood and his urine. This decision answered some questions, but left some huge issues unresolved.

That holding answered one question right off the bat, when it affirmed that DWI urine tests and DWI blood tests are undoubtedly searches that are due the full protection of the Warrant Clause of the Fourth Amendment to the United States Constitution (and are presumably also due that same protection under the similar protections provided by the Minnesota Constitution in Article I, Section 10).

The holding then answered another question, when it concluded that Minnesota's Implied Consent Law is not coercive as a matter of law. The Court said that just because the police are telling drivers they are "required" to submit to testing and that "refusal to submit to testing is a crime" they are not actually forcing drivers to say "yes" to these searches. In layman's terms, Brooks states that the police can tell someone that they are required by law to consent to a warrantless search, and then turn around and tell the court that they didn't bother getting a warrant because the person was nice enough to freely and voluntarily consent to the warrantless search . . .

Brooks had some very unique facts. In his case, he exercised his right to contact an attorney (multiple times) and had plenty of experience dealing with law enforcement and being arrested for DWI. The Court took this into account when concluding that Brooks "freely and voluntarily" consented to these tests.

But not every DWI is handled that way. Instead, imagine that a driver tells the officer, "sure, I'll take a test. Just go get a warrant. No rush - I'll wait right here." It appears, under the logic of Brooks, that this driver is not only not refusing, but is also carefully exercising their constitutional right to withhold their consent.

Now, in this hypothetical, the officer may just say, "I'm not gonna get a warrant, I'm just going to charge you with refusal." Interestingly, post-Brooks, that refusal may not hold up in a court of law. That's because Minnesota law provides that drivers can, in fact, refuse to submit to testing if that refusal is "reasonable." A court could conclude that nothing is more reasonable than patiently waiting to be shown a search warrant, and throw out the refusal charge.

Justice Stras wrote a compelling concurrence that would have avoided all of this uncertainty, but his was the lone vote in opposition - five other justices agreed that Brooks consented to this warrantless search. However, Justice Stras' concurrence may actually provide future guidance in Minnesota, because the Brooks decision raised one final, currently unanswerable question: Will the United States Supreme Court accept review of this case, and undo Minnesota's new definition of what constitutes "consent" in the same way that the McNeely decision undid Minnesota's new definition of what constitutes "exigency?"

When it comes to the state of DWI law in Minnesota, we live in very, very interesting times.