Can Minnesota Revoke or Suspend My Driver's License for a Wisconsin OWI? 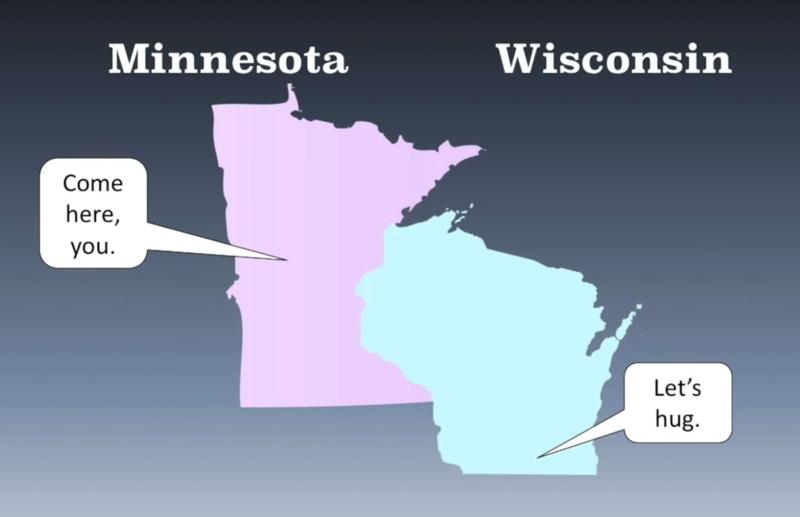 Have you lost your Minnesota driver’s license for a DWI/DUI/OWI in another state such as Wisconsin, Iowa or another state? If so, we may be able to help.

Editor’s note: This blog post is much longer than we normally post. It is directed at both the average non-lawyer, but also at practicing attorneys (from both Minnesota and Wisconsin). If you’re not a lawyer, but interested in this topic, you can just read the first bits for the short version. If you are a practicing lawyer in Minnesota, feel free to call us if you need more help after reading this post. And for any Wisconsin lawyers who come across this post --  why the hell are you not challenging this so-called “implied consent” law of yours? Attack it!

Alright, with that out of the way, let’s get to the meat of it all. Generally speaking, if a Minnesota driver gets a DWI/DUI/OWI in another state, that state usually revokes or suspends their ability to drive in that state (other states cannot revoke a driver’s Minnesota license, only Minnesota can). Initially many drivers are somewhat relieved, as they erroneously believe this is the end of the damage that can be inflicted on their ability to drive . . . and they just continue on merrily driving in Minnesota. Unfortunately, they are caught off guard when they receive a notice from the Minnesota Department of Public Safety (DPS) revoking or suspending their Minnesota driver’s license.

That’s because Minnesota law requires the Department of Public Safety to suspend or revoke Minnesotans’ drivers’ licenses once it is notified of a revocation, suspension, or conviction from another state for violating that state’s DWI law.

Now, many Minnesotans (and, strangely, lawyers who should know better) erroneously believe nothing can be done about this action by the Minnesota DPS. They think that this Minnesota revocation or suspension is an automatic penalty, and their hands are tied.  But this is not the case.

So what can be done?  First, review the notice of revocation or suspension sent by the DPS. It should include the following language:

If the notice does not include this text, then – if properly handled by an attorney – you’ve just potentially had your due process rights violated, and we know exactly how to take advantage of that (our firm has prevailed on this precise issue). But be careful not to screw things up . . . this type of issue requires more finesse than most.

If the notice does include this language, then you’ve got two options: administrative or judicial review. We generally don’t file for administrative review, a procedure that does not permit an evidentiary hearing, the right to present testimony, and contains no provisions for subpoenaing or cross-examining witnesses. Heck, in one of our hearings the DPS employee testified under oath that they literally threw our Petition for Administrative Review in the trash without reviewing the document! But you don’t even need to consider our opinion on administrative review-- the Minnesota Supreme Court already concluded that administrative review “does not provide a sufficiently meaningful review to overcome due process concerns.” Fedziuk v. Comm'r of Pub. Safety, 696 N.W.2d 340, 347 (Minn. 2005).

In fact, filing for administrative review really only serves only to offer the government fodder for cross examination -- the petition requires various admissions by the driver that could be used against them. Don’t naively believe that because of the relative ease of filing administrative review that there is no downside in doing so.

So, in our experience,  judicial review is the proper method to challenge suspensions and revocations in these (and many other) types of cases.

“The best defense is a good offense,” is a common mantra of athletes and of those in the military. It is also applicable here, too. While our profession refers to itself as “defense attorneys,” great defense attorneys are those who go on the attack (unfortunately, nobody wants to be called an “offensive attorney.”)  In this context, we attack the validity of the underlying revocation or conviction from the other state.

Why might they not be in conformity? Here’s a relatively deep dive into the case law:

In a 2016 case, the U.S. Supreme Court essentially held that the notion of “implied consent” is unconstitutional. Birchfield v. North Dakota, 136 S. Ct. 2160 (2016). Warrantless searches (i.e. blood tests for alcohol and other drugs) are presumptively unconstitutional unless they fall into one of the well-recognized exceptions of the warrant requirement. While “consent” is a valid exception provided it is freely and voluntarily given, “implied consent” laws are a statutory creation and not recognized by the Supreme Court as a valid exception to the warrant requirement.

In response to Birchfield, the Minnesota legislature passed new laws requiring police officers to obtain a search warrant for blood or urine tests before revoking a person’s license to drive (we won the case at the Minnesota Supreme Court that made sure that the legislature took notice that the law needed updating – State v. Thompson). Wisconsin, however, appears to have missed the need to update their laws to account for Birchfield, and has continued to cling to the notion of “implied consent.”

So, unlike in Minnesota, when Wisconsin police arrest a driver for suspicion of drunk driving the police are not required to obtain a search warrant before obtaining a blood or urine sample for chemical testing. Instead they are required to read the following (this is from an actual police report):

Under Wisconsin's Implied Consent Law, I am required to read this notice to you:

You have either been arrested for an offense that involves driving or operating a motor vehicle while under the influence of alcohol or drugs, or both, or you are the operator of a vehicle that was involved in an accident that caused the death of, great bodily harm to, or substantial bodily harm to a person, or you are suspected of driving or being on duty time with respect to a commercial motor vehicle after consuming an intoxicating beverage.

This law enforcement agency now wants to test one or more samples of your breath, blood or urine to determine the concentration of alcohol or drugs in your system. If any test shows more alcohol in your system than the law permits while driving, your operating privilege will be suspended. If you refuse to take any test that this agency requests, your operating privilege will be revoked and you will be subject to other penalties. The test results or the fact that you refused testing can be used against you in court.

If you take all the requested tests, you may choose to take further tests. You may take the alternative test that this law enforcement agency provides free of charge. You also may have a test conducted by a qualified person of your choice at your expense. You, however, will have to make your own arrangements for that test. (Emphasis supplied.)

Simply put, the emphasized portion of that statement is not in conformity with Minnesota law. It permits a law enforcement to coerce consent of the driver by threatening them with using the driver’s “refusal” against them. This punishes a driver for invoking their constitutional right. This would be impermissible under Minnesota’s statutory impaired driver’s license scheme.

Similarly, the revocation arising out of a criminal case is also probably not in conformity with Minnesota’s criminal laws. While actual consent, being a well-recognized exception to the warrant requirement, may be used in criminal cases, the government has the burden to demonstrate that the consent was freely and voluntarily given. If it cannot meet that burden, then the search is unconstitutional. Under Wisconsin law, drivers are told that refusing to waive their constitutional rights will be used against them. This is impermissible under Minnesota law (and in our opinion is unconstitutional under the U.S. Constitution, too!).

Note to Wisconsin Lawyers: To preserve this issue and to allow us to fight for your clients’ Minnesota drivers’ licenses, we recommend a plea to the per se count based on the unconstitutionally obtained fluid sample, assuming it is best in your opinion given the facts of your case (breath tests are probably not applicable). A plea to the impaired count probably would foreclose the opportunity to raise this issue in Minnesota courts.

Let’s return to the U.S. Supreme Court’s Birchfield decision, involving two other cases: Beylund and Bernard. Unlike the other two, Beylund was not prosecuted for refusing a test. He submitted to a blood test after police told him that the law required his submission, and his license was then suspended and he was fined in an administrative proceeding. The North Dakota Supreme Court held that Beylund's consent was voluntary on the erroneous assumption that the State could permissibly compel both blood and breath tests. The U.S. Supreme Court remanded Beylund’s case to determine voluntariness of the consent to search “determined from the totality of all the circumstances,” given the inaccuracy of the officer's advisory. (The ND Supreme Court held on remand that even assuming the consent was involuntary, the exclusionary rule does not apply in its administrative hearing scheme and affirmed suspension of his license for failing the test. Minnesota courts, however, apply the exclusionary rule to judicial review of one’s driver’s license).

So, Wisconsin’s statutory scheme does not conform to Minnesota’s laws, and it appears that license revocations and suspensions arising from Wisconsin’s laws should not be used to suspend or revoke one’s Minnesota license . . . if handled properly both in Wisconsin and in Minnesota.