Cash Grab Continues to Climb: DWI Forfeitures on the Rise 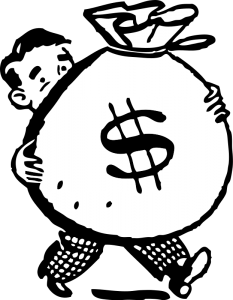 Ever since the 2009 scandal where it was revealed that the Metro Gang Strike Force was using the threat of gang violence as an excuse to profit from illegally seized and forfeited property, Minnesota police agencies have been under increased scrutiny when it comes to property forfeitures.

We've had success challenging some of the crazier portions of the DWI forfeiture laws in the past, but the fact remains that under the current law, even a first time DWI arrest can result in the forfeiture of your vehicle. And if you have a prior DWI conviction (or even just a license revocation) in the previous ten years, the odds of the State attempting to profit from the seizure of your vehicle skyrockets.

Vehicle forfeiture does little to actually combat drunk driving, but is instead a purportedly "non-criminal" way of punishing suspected (not convicted) drunk drivers . . . while lining the pockets of the police departments that arrest drunk drivers and the law firms/government agencies who prosecute those crimes.

Considering that the legal limit for driving while intoxicated keeps decreasing, and the sentences keep increasing, this trend towards more and more profit being gained from vehicle forfeitures seems to indicate that we could soon see an increase in the types of offenses that result in these types of forfeitures. This is just one more reason to fight that first DWI charge, as the consequences for a DWI arrest can and will rapidly spiral out of control and result in punishment all out of proportion to the conduct being punished.