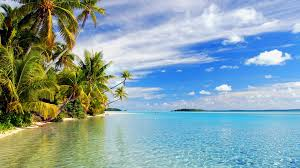 From my snowed-in perch at my desk in Minnesota, Hawaii looks mighty good right about now, and I'm not just talking about the weather.

Recently, under the guise of protecting the public from intoxicated drivers, the constitutional rights of licensed drivers to be free from unreasonable searches and seizures have been eroded by laws that make criminal the exercise of those rights. â?¦ Some courts have embraced this criminalization of the exercise of fourth amendment rights. See, e.g., State v. Brooks, 838 N.W.2d 563, 570-73 (Minn. 2013).

[U]nder the Hawaii Constitution, Won did not impliedly surrender that right by joining the vast number of Hawaii citizens who obtain a driver's license. â?¦ Hawaii is not a state whose citizens fall prey to the proposition that, by obtaining a driver's license, they impliedly surrender their right to receive the protection of a warrant before enduring a blood or breath search.

In such a situation, an individual wholly innocent of driving under the influence may be culpable as a criminal misdemeanant merely by refusing to consent to a BAC test without a warrant.

[T]he intended consequence of this statute [] is to punish every exercise of the right to refuse a warrantless search by a driver's-licensed citizen whose blood, breath, or urine the government seeks to search.

The premise that the danger of intoxicated driving transcends the protection of the warrant requirement of the fourth amendment to the United States Constitution â?¦ is per se unreasonable and renders HRS Â§ 291E-68 unconstitutional on its face.