Get Me OUT! Your Options When Being Detained After a DWI Arrest. 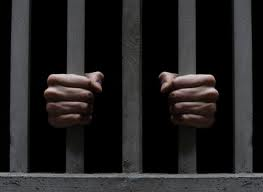 Many times the consequences for being arrested for DWI start before you even appear in court. A weekend arrest can mean that you sit in a jail cell â?? unable to post bail â?? until Monday morning. An arrest during the work week can mean spending two or more days in jail before you even appear in front of a judge. And regardless of your alcohol concentration, an arrest can sometimes lead to being held in a secured detox facility for at least 72 hours.

This is a major problem for people who have jobs to get to, kids at home, or value their freedom. Being held in custody, for days, without even appearing in front of a judge is a degrading and demeaning experience. Luckily, there are ways to avoid the long wait, and get back to your life.

When you or a loved one is being held in detox, we can file a writ to have them immediately released . . . even on a weekend. If someone is being held in jail pending a hearing, we can contact a judge and, in most cases, either get them released outright, or at least get bail set so that they can go home.

Sitting in jail for three days just because you were arrested for (not convicted of) DWI is an avoidable situation, as long as you know what to do and how to properly do it.