Ion Scanners: What You Need To Know 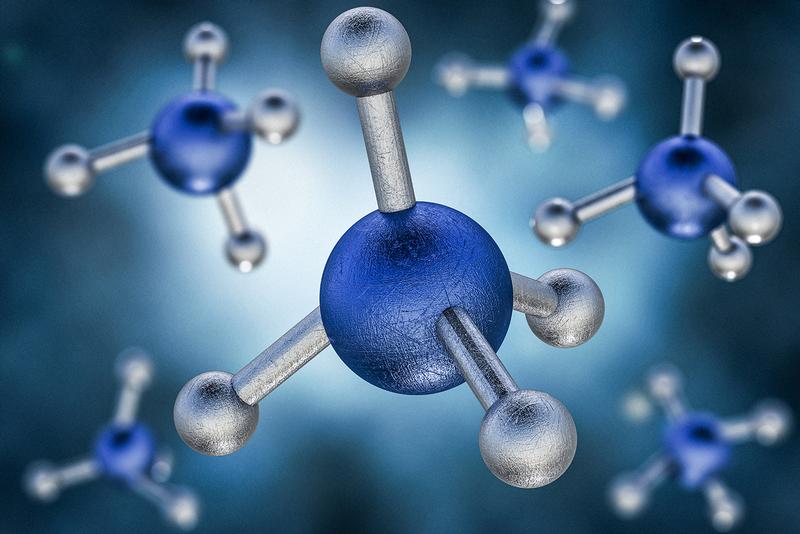 We're seeing more and more search warrants being issued on the basis of "ion scanner" tests. Now, the job of a good defense attorney is to understand the science behind the government's evidence better than the government's own experts (how else can we fight it?). So if you're not a defense attorney, there's no urgent need to read the following blog post, which delves deep into the problems with ion scanner technology.

However, even outside of search warrants and drug prosecutions this is still very interesting stuff, and in this post we've tried to take these high-level technological concepts and break them down into more managable pieces, so that ordinary people can understand how dangerous these types of tests can be. Maybe you want to sound smart at a cocktail party (do people still throw cocktail parties?), maybe you're just a science geek . . . or maybe you or someone you know was subjected to a search warrant because a door-to-door salesman used cocaine before visiting your home, and the results of an ion scanner test made it look like you were running a drug den out of your living room. I hope it's not that last one.

If you're at all curious, keep reading.

Ion Scanners: What You Need to Know

Some jurisdictions have taken to relying on the test results of Ion Mobility Spectrometry (IMS) devices to gain entry into homes.  IMS devices are also referred to as “ion scanners.”  Law enforcement swab door knobs and door handles on the outside of homes, including apartment homes. Next, they subject these swabs to testing, in search of the presence of illegal substances.  The unit detects the deflection of particles once they have been exposed to an electric field. “The speed at which the particles move helps determine the substance of origin.”[1]  Once an illegal substance has been “detected” according to the ion scanner, law enforcement seeks (and frequently obtains) a search warrant. The search warrants are predicated on the theory the presence of an illegal substance on a door knob provides a sufficient legal basis to enter a person’s home to search for evidence of illegal drugs.

Sensitivity Levels – Why They Matter

It is important to understand the ion scanner is extremely sensitive.  One study established an ion scanner could detect cocaine and methamphetamine in quantities as low as 0.01 nanograms.[2]  Put another way, this is 1/100th of a billionth of a gram.  This converts to 0.00000000001 grams of cocaine.

How Cocaine May Innocently Transfer to a Door Knob

Studies have shown cocaine residue on human hands can be detected even after hand washing.  Cocaine has also been found on 80 % of United States paper currency.[3]  In the study of paper currency, cocaine was found in amounts ranging in amounts from nanograms to milligrams.  Consider a single nanogram is 100 times as large as the amount at the low end of what an ion scanner can detect.  With the extreme sensitivity of the test, it is easy to imagine innocent explanations for trace amounts of cocaine on a door knob.  Imagine, for example, someone who innocently handled paper currency.  Imagine further this paper currency, like 4 out of every 5 dollar bills, had traces of cocaine on it.  By handling the money, they may transfer cocaine onto their hands.  When they open their front door, they could then transfer that cocaine to their doorknob as they enter their residence.

How Cocaine May Innocently Contaminate a Test Sample

Consider the camera a police officer uses when photographing the evidence.  Most likely, other police officers also use this camera when similarly processing drug evidence.  Each time someone handles the camera, there is the potential for transfer from the drug packaging onto the camera.  There is also the potential for drug transfer from the camera on to the hands of the officer.  Once the officer has cocaine on their hands, if they handle the collection swab, they can transfer cocaine onto the swab.  Small wonder, then, if the test result is positive.

Who Transferred the Drug, and When?

When law enforcement seek a search warrant based on a positive ion scanner test result, they do so because they believe someone on the other side of the door is in possession of a controlled substance.  But what is this based on?  There is no way to tell how the extremely small amount of cocaine got onto the door knob.  Was it deposited from the hand of the home owner?  The hand of a visitor?  The hand of the housekeeper?   Was it on their hand because they knowingly and intentionally handled controlled substances?  Or was it on their hands because they handled currency with cocaine on it, and it innocently transferred onto their door knob?

Further, the ion scanner can only report the presumed presence of the substance, not when it got there.  Particularly for condos and apartments, where the door knobs are not subject to the elements, it is difficult to say when the trace particles were deposited on the door knob – again, presuming the positive test result was not due to contamination during the collection process, or a false positive result.

A “false positive rate” is the percentage of the time something that is not cocaine, in this example, tests positive as if it is, indeed, cocaine.  Both lidocaine and benzocaine, for example, test positive for the presence of cocaine.[5]

How Large is the Risk of a False Positive Test Result?

Consider a 1 percent false positive rate.  This may seem like an extremely small number of false positive cases.  However, consider this: for every 100 positive test results, one of those test results is not actually positive for the presence of cocaine.  It may, instead, be an indication that someone who is treating swimmer’s ear touched the door knob.

Is This the Best Use of Resources?

Any time law enforcement uses one technique, they are dedicating time and resources to that investigative approach, and necessarily reducing the amount of time they spend using another investigative technique.  Given the miniscule amounts of particles detected, and given the innocent explanations for a positive result, one has to wonder, is this the best use of resources?  Or is this yet another example of a strict adherence to “using” forensic science, without any clear understanding of the significance of the test results?

[1] Use of Ion Scanners in Correction Facilities: An International Review, July 2011.

[5] Detection of Cocaine and its Interferents by Ion Mobility Spectrometry coupled with SIMPLSMA and ALS, Esposito, 2017.