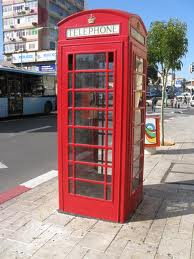 Since the United States Supreme Court issued the McNeely decision, police officers and prosecutors alike have struggled to enforce Minnesota's DWI laws. Just as we predicted, SCOTUS used the McNeely case to destroy the previous belief that "DWI's don't require warrants." At its core, that was what McNeely was truly about - the fact that DWI searches (blood, urine and breath tests) don't have immunity from the Warrant Clause of the Fourth Amendment.

That doesn't mean that all these test results are inadmissible as evidence. It just means that they are presumed to be inadmissible; the government can still try and prove that an exception to the warrant requirement permitted law enforcement to execute a warrantless search. That's the argument being raised in many cases - that drivers either consented to the search (meaning no warrant was necessary) or that it was a "search incident to arrest" (again, no warrant needed).

But some are going a step further, claiming that blood, urine and breath tests are not even "searches" and therefore, once again, do not require a warrant. Now, few prosecutors are bold enough to argue that blood tests are not searches, but many are nevertheless trying to claim that because breath tests (for example) are "less intrusive" than blood tests, they don't really count as a true search and therefore no warrant is ever needed.

It's an interesting argument . . . or it would be, if the law was not so straightforward regarding "less intrusive" searches. That's because prosecutors have raised this same argument before, and when they raised it, the lost. Repeatedly.

Look at the Kyllo case. In Kyllo, the SCOTUS rejected the government's argument that using thermal imaging equipment to search a person's home was not actually a "search" because it was far less intrusive then physically entering the home. SCOTUS didn't buy it; the Court announced that the definition of a "search| under the Fourth Amendment included |obtaining by sense-enhancing technology any information regarding the interior of the home that could not otherwise have been obtained without physical â??intrusion into a constitutionally protected area.'| So answer me this: how is a blood test a search but a breath test is not, when all a breath test amounts to is using technology to obtain alcohol concentration information that could not otherwise have been obtained without the physical intrusion of a needle? Or, asked another way, are our bodies entitled to any less protection and privacy than our homes?

Now look at the Katz case. In Katz, the SCOTUS rejected the government's argument that an electronic listening device it had placed on the outside of a public telephone booth did not constitute a "search" because it |involved no physical penetration of the telephone booth.| Again, SCOTUS didn't buy it; the Court announced that, |the reach of [the Fourth] Amendment cannot turn upon the presence or absence of a physical intrusion into any given enclosure.| Now, answer this question: how is a blood test a search but a breath test is not, when the definition of a search can't be based upon whether or not it involves a physical intrusion (like a needle)? Or, asked another way, are public phone booths entitled to more protection than our very bodies?

These two cases - Kyllo and Katz - are all covered in every first year law student's Constitutional Law class. Citing these cases shouldn't be necessary - Skinner v. Ry. Labor Execs.' Ass'n, and State v. Netland both make it crystal clear that breath tests are, in fact, protected searches - but if the prosecutor is grasping at straws, it is always best to be ready for it. Long story short, if a prosecutor says that they don't need warrants for breath test cases, ask 'em about Kyllo and Katz. I know that I always do.

Up next? We'll talk about another so-called exception to the warrant requirement, and why a blood, breath or urine test is anything but a "search incident to arrest."