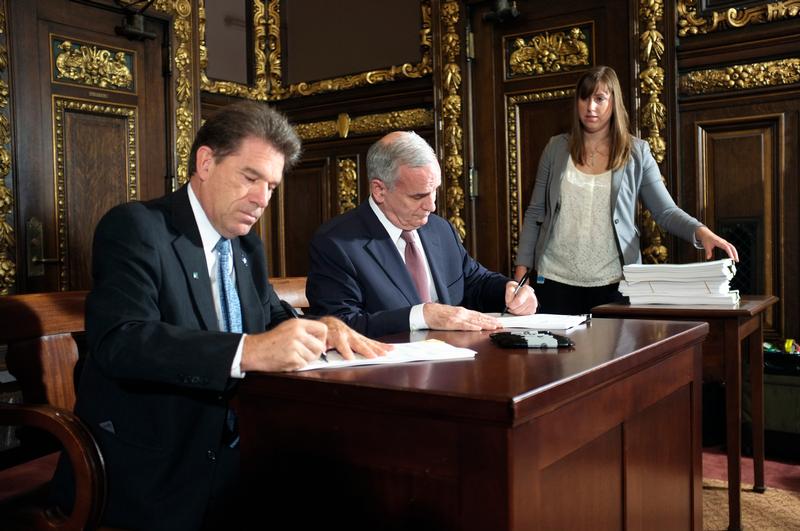 These changes to Minnesota's DWI law can be broken down into three basic parts -- new defenses, new deadlines, and an entirely new procedure for blood and urine tests. That last part is the biggest, and deserves it's own blog post (probably next week). But the first two changes are fairly straightforward . . . and are very, very good news for anyone who gets arrested for a DWI in Minnesota.

First up is the addition of a long-overdue defense in license revocation cases: the "prescription drug defense." We were blogging about the lack of a presciption drug defense in DWI cases back in 2012, which goes to show how difficult it is to get even common-sense changes to our DWI laws through the Legislature. But it's finally happened. What this means is that if the State of Minnesota revokes a driver's license for having a Schedule I or II controlled substance in their blood or urine, we can now get that revocation reversed if we can prove to a judge that the driver 1) had a valid prescription for the drug, and 2) was taking the drug according to that prescription. Before this change, someone could have a prescription (say, for Adderall), drive a vehicle (without that prescription impairing their ability to drive in any way), and still be subjected to having their license revoked for a year . . .  just because the Adderall was in their system. Finally, common sense has prevailed, and now we at least have the ability to challenge these license revocations in court (note that we always had the ability to raise this defense in criminal DWI prosecutions; this change just gives us that same ability in license revocation cases).

The other change is a little less sexy, but just as important, and deals with how to raise a challenge to a DWI-related license revocation at all. For decades, there has been a tight deadline for filing such petitions: 30 days. File your petition on the 31st day after the State revoked your license, and you were completely out of luck -- even if the State completely dismissed the criminal DWI charges. This new law doubles that deadline, meaning we now have 60 days to file a challenge to a license revocation. In our opinion, more time to exercise your rights is always a good thing.

Stay tuned -- we'll be posting again soon regarding the biggest changes soon. But here's your teaser: it looks like the Legislature corrected the unconstitutional parts of our DWI law by . . . passing a new law that is also unconstitutional. Sigh.