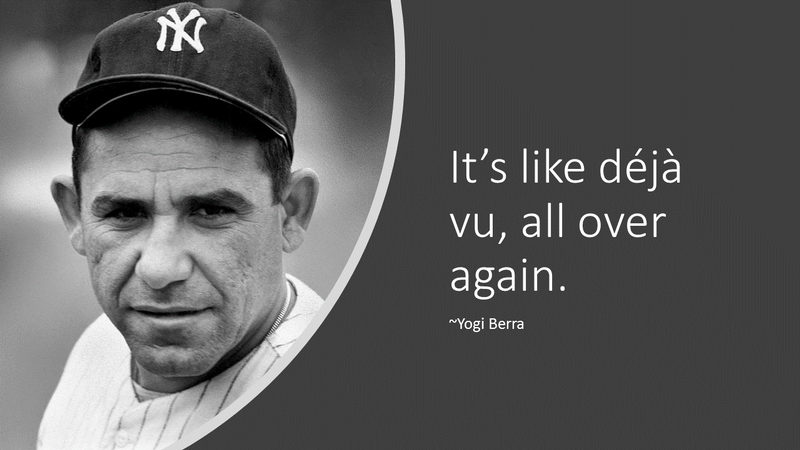 In 2005 I went to the Borkenstein Institute at the University of Indiana, an entire school designed to teach government forensic scientists the science of DWI. (Interesting side note: since I attended they changed their policies, and now defense attorneys are now banned from the course. But not because of anything I said or did!)

During the course one of the instructors provided some crucial inside information. maybe they didn't realize there were defense attorneys in the audiance, and that they were only speaking to prosecutors. But the information got out: The weakest link in breath testing is the software that runs the machine. When I came back to Minnesota, the whole defense community learned this little tidbit of information  . . . and before long, we were all off to the races.

Our challenges to the software that controlled Minnesota's breath test instrument started slowly. It took time and a lot of hard work before the first judge ordered the government to provide the source code (software) for Minnesota’s breath test instrument, the Intoxilyzer 5000 EN. Initially, the state refused to comply with the order, or take any action at all.

As you can imagine, judges are not too keen on having their court orders ignored. Soon, as a sanction, courts began to suppress breath test results for the state’s failure to provide the ordered discovery. These sanctions appeared to work, and the State finally got around to trying to get access to this software by suing the manufacturer, CMI, in federal court.

This looked good, but we saw it for what it was: an attempt by the State to make it appear that it was acting in good faith, when in reality, they were not. It quickly became clear that the State filed their lawsuit not to get the source code, but to keep it from us. My firm had to intervene in federal court to prevent a sham settlement.

In 2009, the Minnesota Supreme Court stepped in and made it clear that Minnesota drivers (well, their defense attorneys and experts) are entitled to review a breath test machine's source code as long as they can show two things: 1) that the state had possession, custody or control over the source code; and, 2) "that the information may relate to the guilt or innocence of the defendant or negate guilt or reduce the culpability of the defendant as to the offense charged.  State v. Underdahl, 767 N.W.2d 677, 684 (Minn. 2009) (emphasis in original).

The Underdahl case was the win we were waiting for. The Minnesota Society for Criminal Justice, a group of about 50 defense lawyers, joined forces to deal with the state’s shenanigans, and started the “Source Code Coalition.” At one point, more than 4,000 cases were officially included in the race to review the source code, with countless others put on hold while issues surrounding the software were litigated (For a more thorough history, read Dave Liebow’s law review note, DWI Source Code Motions after Underdahl.)

Some cases took years to resolve, while others were dismissed. Some prosecutors took their DWI cases to trial without even trying to use the test results, and many, many drivers got very favorable resolutions to their cases. But for defense attorneys and their staffs, judges, court personnel, prosecutors and others; it was a long, grueling process that left many of us exhausted. None of us wanted relive that!

Fast forward past all that litigation over the Intoxilyzer 5000, and we can see that Minnesota seemed to have learned its lesson about trying to hide the ball and deny Minnesotans access to this particular software. In 2010, Minnesota contracted with National Patent Analytical Systems (NPAS) for a new breath test device, and that document was a testament to lessons learned.

To this day I don’t know who drafted this beautiful document for the State of Minnesota. They were brilliant and thought of every possible contingency to ensure we would never, ever, have to relive the dreaded source code battle, where Minnesotan fought Minnesotan over a document held by a foreign, for-profit corporation.

The contract included a discovery provisions which required the manufacturer to turn over the source code to a driver when a judge ordered the state to provide it. If you have a copy of that contract handy, the language is right there on page 13, paragraph “T.” If you don't have a copy, it's because contracts bore you, and you just need to know that this disclosure provision explicitly includes “source code.”

The contract also includes a survivability provision, should the contract expire or be cancelled. This provision expressly states that the contract vendor’s duties under the disclosure clause survives expiration of the contract. This makes sense. The contractual term was for only two years, with 36-month option. Minnesota invested millions of dollars in the DataMaster, and it would use the instrument for years (we’re going on a decade now).

The contract also limited NPAS from selling the rights and discharging duties discussed in the contract in the form of an Assignment Clause. NPAS would have to seek Minnesota’s permission before selling the DataMaster to another company.

Finally, fearing that any disputes would lead to a protracted civil litigation in a federal court, the drafters included a choice of law provision, which also addressed venue. Any disputes would be venued in a Ramsey County courtroom, decided under Minnesota law.

Now we can fast forward to the current era. In 2018 we began noticing anomalies in Datamaster test results which lead us to seriously question the validity, reliability and accuracy of the results. Courts found that the instrument rounded up and we showed the BCA that the instrument wasn’t even following the BCA's own (published!) acceptance criteria (see Pt. II: “Nothing to See Here!”).

We wanted to find out how rampant these problems were, so we did the exact same thing we did more than a decade earlier: we filed a discovery motion to have our experts review the software causing these errors. With the state (both prosecutors and AG) initially agreeing that we should have the right to review the materials, several judges granted our motion.

So, now we’ve got a iron-clad contract that requires the DataMaster vendor to provide the discovery, the state agrees we should get it, and judges order the disclosure of the source code. Of course, if that was the end of the story, we wouldn't be writing a four-part blog series . . .

Does this story have a happy ending? Read our next part in our blog series, “A Self-fulfilling prophecy,” to find out what has happened.