Minnesota Bureau of Criminal Apprehension Under Fire: Part I – A Sketchy Past 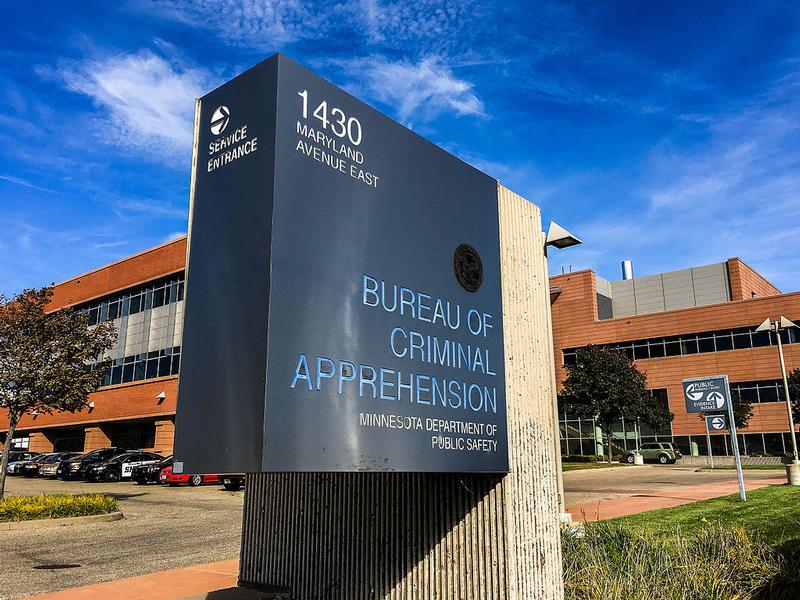 Prosecutors have criticized the actions of the Minnesota Bureau of Criminal Apprehension (BCA) for several years, slamming the agency’s lack of competence. Recent examples include some big ones: Ramsey County Attorney John Choi revealed that the BCA was unable to recover a key piece of evidence in the 2016 fatal shooting of Philando Castile; Assistant Hennepin County Attorneys Amy Sweasy and Patrick Lofton openly criticized the integrity of the BCA’s work and did their boss, Mike Freeman, for the BCA’s bungling of the Noor case. What's not surprising is that our new governor is “looking into” the BCA’s competency -- it's that it took this long for someone to start looking in the first place.

Sadly, it took several police shootings of innocent people before government officials began to question the BCA’s bias, competency and independence. This is a particular sore spot for us, because we’ve been raising these complaints for years!

SHODDY SCIENTIFIC PRACTICES AT THE BCA

1.     In 2010 we highlighted that the BCA was using junk science by using urine testing to determine alcohol concentration. “[T]he folks at the Minnesota Bureau of Criminal Apprehension (BCA) stand nearly alone in continuing to use this junk science to put people behind bars.”

2.     In 2008 the BCA ignored our challenges to the integrity of their breath test instrument, claiming there was no need to allow us to independently review the Intoxilyzer 5000 software because it had conducted a "validation study." “The Minnesota Bureau of Criminal Apprehension claims the software is not relevant or necessary when ascertaining whether a particular breath test machine gives results that are valid, reliable .

3.     Unsurprisingly, that same year we discovered the BCA knew all along the software was broken, at the same time they were fighting us over our demand to independently review the software with our own experts. “Minnesota's Intoxilyzer 5000 displays a driver's alcohol results on its LED readout, yet sporadically records a higher result on the final test record." The state discovered this and other fatal defects (including the fact that the machine was erroneously reporting that people had "refused to submit to testing,") after hastily installing the current Intoxilyzer software in 2005. The BCA documented all of these critical errors in an email it sent to the manufacturer -- NOT to the public.

4.   In 2016 we pushed -- far harder than we should have needed to -- to get the BCA to release their data regarding inaccuracies in their new fleet of breath testing instruments. “[W]hy breath tests are law enforcement's preferred method of alcohol testing, the flaws in Minnesota's current breath test scheme, and the BCA's attempt to avoid fundamental scientific practices for breath tests.”

This should not surprise anyone given the relationship between The Minnesota Bureau of Criminal Apprehension and police. The BCA website concedes the lack of independence and touts its relationship with law enforcement.

This isn't even a problem that is isolated to the BCA; other labs in Minnesota have been exposed as well. In 2012, Christine Funk and Lauri Traub exposed the St. Paul Forensic Crime Lab to such a degree that the lab was actually shut down permanently. The Pioneer Press characterized the work of this lab (once they had been exposed) as “slapdash science.”

OTHER LAB FRAUD AND INCOMPETENCE IN THE U.S.

But wait . . . there's more. The fact is that lab issues like these are not limited to the BCA, nor just to Minnesota. For decades horror stories from around the country have surfaced. In 2017 Massachusetts dropped more than 20,000 convictions and closed its lab after a massive lab scandal was exposed. Then there was the incidents in Austin and Houston, Texas. New Jersey has had its own problems with their crime lab, and so has the Colorado crime lab. Which means it should not be a surprise to find out that prosecutors themselves are getting caught up in issues with government-friendly crime lab issues or that these crime labs are going so far as to try and cover up their own mistakes with breath testing.

And these are just a sample of incidents that were exposed, many times through the tireless work of defense attorneys. Would it surprise you that many others go unnoticed?

In our next blog, we'll address something we've been advocating for decades – reforming the Minnesota BCA into a truly independent organization that actually seeks the unbiased truth. We’ll discuss what top scientists recommend, and some of the less-than-obvious barriers that hider the formation of a truly independent lab.

This is important stuff.