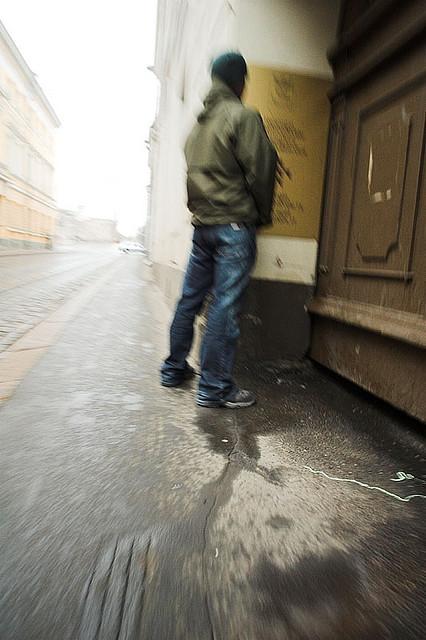 Last week a man was arrested by Woodbury, Minnesota police on suspicion of driving while impaired (DWI). Once at the Washington County jail, the officer asked the man to provide a urine sample. The man urinated in a urine collection bottle that contained a white preservative called sodium fluoride. Instead of handing it to the officer, he drank his own urine. All of it.

Now in Minnesota it is a crime to refuse a DWI test. The crime is more severe than taking and failing the test in most circumstances. According to the local newspaper which first broke the story, the driver will be charged with that crime. While this guy will likely be fodder for late night comedians around the world, he shouldn't plead guilty to the crime to refusing to submit to a DWI test.

We believe the statute making it a crime to refuse a DWI test is unconstitutional, and here's why: Blood, breath and urine tests are searches, which invoke the fourth amendment. Warrantless searches â?? like this one presumably was â?? are generally unconstitutional and the results of those searches can't be used by the government, unless a person gives their consent to a search (test). If the test was consensual, the government doesn't need to worry about getting a warrant, and the results are now admissible in court. The huge elephant in the room is the fact that Minnesota's test refusal law makes it a crime for a citizen to refuse to waive his constitutional right to say "no thank you, get a warrant| whenever the police attempt to conduct a warrantless search.

We've challenged Minnesota's DWI test refusal law for years. We were successful in a test refusal case at the Minnesota Court of Appeals in 2007, but the Minnesota Supreme Court reversed that case in a 4-3 decision two years later. That reversal was where the Minnesota Supreme Court crafted their "single-factor-exigency" doctrine, which effectively said, |yes, blood/breath/urine tests are indeed searches, but the Fourth Amendment will never apply to them so law enforcement doesn't need to even think about getting a warrant.|

Fortunately, the United State Supreme Court agreed with the three dissenting judges in Netland and struck down single factor exigency last month in Missouri v. McNeely. Although the U.S. Supreme Court didn't expressly overrule the Netland case, by invalidating single factor exigency and requiring search warrants in DWI cases, it cuts the legs out from the majority's opinion in Netland and essentially overturns the decision.

No Minnesota court has ruled on the constitutionality of Minnesota's test refusal law since McNeely, but we expect our appellate courts to eventually find the law unconstitutional. Until then, pleading guilty to DWI test refusal doesn't make sense-- even for those who chose to exercise their constitutional rights by . . . drinking their own urine.