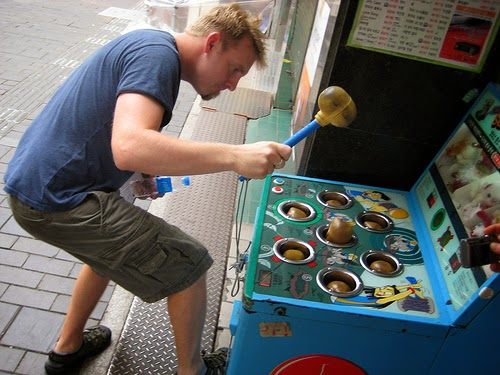 Just when we think the Fourth Amendment is out of the woods, another state appellate opinion comes down.

This time, in State v. Fawcett, the Minnesota Court of Appeals decided to disregard the Fourth Amendment "particularity| requirement, that all warrants must "particularly describ[e] the place to be searched, and the persons or things to be seized." **

According to Fawcett, this bedrock constitutional requirement doesn't apply in the DWI context in Minnesota. (Am I the only one experiencing de ja vu?) In its ongoing efforts to exclude drivers suspected of DWI from Fourth Amendment protection, the Court of Appeals decided, in Fawcett, that the state can test drivers' blood for things it did not specify in the warrant.

In Fawcett, law enforcement suspected Fawcett of driving while impaired by alcohol, so an officer obtained a warrant that authorized the state to collect Fawcett's blood for alcohol testing. When it turned out the officer was wrong - testing revealed no alcohol in Fawcett's blood - the BCA started a new search by testing Fawcett's blood for the presence of prescription medicines and controlled substances.

Had the Court of Appeals upheld the particularity requirement, its message would be clear: the state has to obey the Constitution in all contexts. In response, the state would adapt its behavior to meet its constitutional obligations. Officers would know that they need to include |controlled substances| in the warrant request when they suspect impairment, and officers would know that they must request a warrant to authorize a second, expanded search for something new. (Officers already know these principles, and apply them in non-DWI cases.)

As our own Chuck Ramsay explained to Minnesota Lawyer, the Court of Appeals |violated the basic constitutional principle| limiting the scope of searches.

It took a quarter-century for the courts to correct their endorsement of the state's criminalization of refusal to submit to a warrantless blood or urine test. How long will we have to wait this time, for the courts to decide that, actually, the particularity requirement does apply to all searches, including blood tests?

**The "particularity" requirement lies at the end of the Fourth Amendment:

The right of the people to be secure in their persons, houses, papers, and effects, against unreasonable searches and seizures, shall not be violated, and no Warrants shall issue, but upon probable cause, supported by Oath or affirmation, and particularly describing the place to be searched, and the persons or things to be seized.

Basically, when the state has established probable cause and wants to conduct a search, it has to specify where it wants to search, and what it is searching for, with particularity. For example, to get a search warrant, an officer can't say, |I want to search the house for drugs;| the officer must specify: |I want to search apartment 101, at address X, for cocaine.| If the officer searches apartment 101, and doesn't find cocaine, she can't start over looking for marijuana instead. (If marijuana is lying on a table, in plain view, while the officer is searching for cocaine, then the |plain view| rule applies.) The officer can't go back through the apartment, looking for marijuana, because the warrant authorizes the search for and seizure of cocaine, not marijuana.