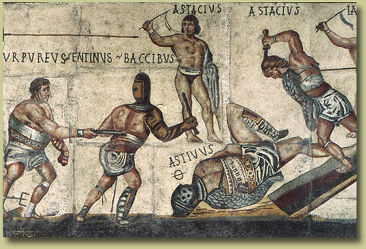 Applying the protections of the Constitution to our citizens is not just the role of our Courts; legislators, law enforcement agents and prosecutors all have a duty to uphold the Constitution. However, our criminal justice system is an adversarial one; while everyone has a duty to uphold the Constitution, the fact of the matter is that every criminal case is a pitched battle between the State (represented by the police and prosecutors) and a defendant (hopefully one represented by a zealous defense attorney). In a real sense, a criminal case is set up a lot like the old method of trial by combat; under our adversarial system, the parties duke it out, and the side that argues the best case has the best opportunity to prevail.

Why the history lesson? It's because the adversarial system runs the risk of promoting a "win at all cost" attitude by the State, where the Constitution becomes an mere impediment to victory that must be overcome, instead of a crucial list of fundamental rights and must be upheld.

Which is a long winded way of bringing us around to the role of the Courts: independent judges who are neutral referees in the trial by combat that is a criminal case. One of the primary roles of a judge is to determine if a defendant's Constitutional rights were violated by overzealous (or merely mistaken) police officers, or determine if a prosecutor is attempting to use evidence that was obtained unconstitutionally. Judges act as a brake on the adversarial system, a way to make sure that the respective parties aren't trampling the Constitution in their desire to win their case.

The battle over how the Constitution applies to DWI cases has taken a new tone recently, based on a couple of Supreme Court cases. First, in Missouri v. McNeely, the United States Supreme Court reinforced the long-standing rule that DWI tests are, in fact, searches, and therefore require law enforcement to obtain warrants. Then, in State v. Brooks, the Minnesota Supreme Court reinforced the equally long-standing rule that police don't need to obtain a warrant if the person they wish to search freely and voluntarily consents to waive their right to a warrant.

We're now in a position where the admissibility of almost every DWI test result hinges on whether or not the driver freely and voluntarily consented to a warrantless search, or if they took the test due to coercion (side note: other exceptions besides "consent" sometimes apply, and of course police can always get a valid warrant and avoid the whole argument, but few police actually obtain warrants and most prosecutors are strictly arguing for the "consent" exception).

Recently, a Minnesota judge stepped into the fray and ruled that DWI test was inadmissible, ruling that because the driver was coerced into submitting to the test, the results of that search/test were inadmissible. Whether a driver was coerced is a very fact-specific inquiry, and requires a truly well-seasoned attorney to effectively use as a defense.

This is yet another well written order, suppressing evidence in a DWI case after the Brooks decision, and is definitely worth reading. You can click here to download a copy for yourself. Anyone who intends to fully defend against a DWI charge should probably read it twice.