Minnesota Lowers the Legal Limit For Driving While Intoxicated 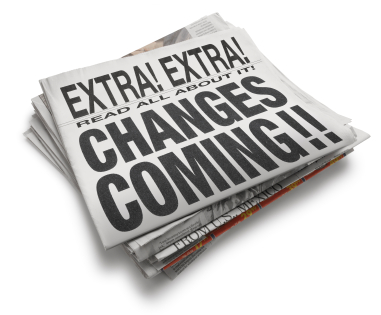 Regular followers of our blog know that earlier this year we were carefully tracking the Minnesota Legislature's proposed changes to our DWI laws. The Minnesota legislature put together a final bill for Governor Dayton's signature dealing with a wide variety of topics - but the one we noticed right away was the decision to lower Minnesota's DWI legal limit.

Assuming this bill is signed by the governor, it will go into effect on August 1 of this year, and will drop the "enhanced" DWI legal limit from 0.20 to 0.16. So while this isn't the (bound to happen) drop from 0.08 to 0.05 that will likely happen sooner rather than later, it does mean that a lot more drivers who are arrested for DWI will be facing a gross misdemeanor offense versus a misdemeanor.

When Minnesota last dropped the legal limit - from 0.10 to 0.08 - the House of Representatives put together a very interesting research memorandum that is interesting to read even today. We don't have a similar memo to go along with this new change in the legal limit, but there is some other interesting data to peek at.

According to the Minnesota Department of Public Safety, in 2013 the average blood alcohol concentration (BAC) for first-time DWI offenders was 0.148. Those were all squarely misdemeanor-level offenses in 2013 . . . but will be dangerously close to the gross-misdemeanor threshold under the new law. And as for repeat offenders? The average BAC for repeat offenders in 2013 was 0.165 - over the newly crafted "enhanced" legal limit.

What will be the end result of these changes? Here's some theories:

1. A lot more first-time DWI arrestees will be facing gross misdemeanor charges, with a maximum penalty of a year in jail, a $3,000 fine, or both. Anyone who tests over 0.16 will also be expected to post "max bail" of $12,000 bail before they will even be let out of jail (currently, only drivers who test at or above 0.20 are required to post a hefty amount of bail money prior to being released).

2. The majority of second-time offenders are going to wake up to discover that the State just forfeited their vehicle and intend to sell it for profit. DWI Forfeitures were already on the rise before this change - after this change in the law, forfeitures will become very commonplace indeed.

These new changes will certainly increase the stakes for anyone arrested for a DWI - now, more than ever, even having a single conviction on your record sets you up for a lot of potential problems down the road. Whether these changes are good, and will serve the goal of reducing drunk drivers, is up for debate. But what is almost certain is that the governor will sign them into law