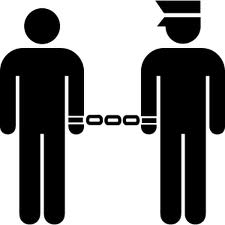 The Minnesota Department of Public Safety (DPS) just announced its "2013 DWI Enforcer All-Stars| and introduced them before the Minnesota Twins' baseball game at Target Field on Thursday.

The group is comprised of 34 law enforcement officers and prosecutors from the Twin Cities' metro area and Greater Minnesota. The DPS says they were chosen |for outstanding service in enforcement and in prosecution of impaired driving.|

As I've noted previously, the DPS seems concerned more with quantity than with quality of service. As with previous lists, this list recognizes officers with the greatest number of stops and arrests. This troubles me. The criteria should be based on the quality of the officers' performance, rather than mere numbers.

The majority of Minnesota officers perform their jobs better than expected under harsh conditions. The take the motto |to serve and protect| very seriously, as well as their duty to put justice and service to the public first, relegating their own interests second.

They are polite with the public while ensuring that justice is served. They testify truthfully, and take their jobs seriously. Unfortunately, they go unrecognized. This "honor" by the department of public safety discourages such behavior, while encouraging injustice and promoting further distrust of our valuable peace officers.

According to the DPS press release, the following were named based on the number of their 2012 arrests: