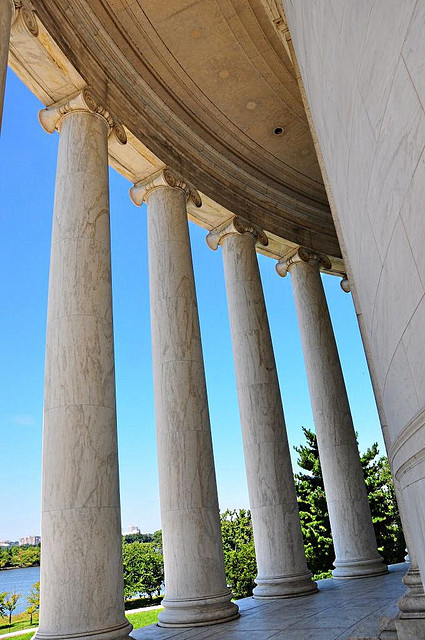 In 2009, the Minnesota Supreme Court upheld the DWI test refusal law in the case of State v. Netland 762 N.W.2d 202 (Minn.2009). In doing so, the court placed all its emphasis on the "fact" that alcohol in a driver's bloodstream "rapidly" and "naturally" dissipates, reasoning that law enforcement would never have enough time to obtain a warrant for a blood, breath, or urine test before the evidence of alcohol consumption was destroyed.

Wait, a warrant for a blood test? As strange it is may sound, under the Constitution police are required to obtain a warrant prior to a chemical test for intoxication, because taking a blood, breath, or urine test is considered a |search| of your body, with all of the same Fourth Amendment protections as a search of your home. The case of Skinner v. Ry. Labor Exec. Ass'n, decided by the SCOTUS in 1989, makes that clear.

(The next four paragraphs are a very, very abbreviated explanation of how the Fourth Amendment applies to DWI chemical tests. If you already know this information, or just don't have any interest, feel free to skip ahead.) Warrantless searches of any type are presumed unreasonable - meaning that when a search performed without a warrant, the court will apply the |exclusionary rule| and deny the state the ability to present any evidence obtained as a result of the warrantless search in court. This |fruit of the poisonous tree| doctrine exists to ensure that law enforcement and prosecutors respect the protections that the Fourth Amendment provides against police intrusions.

Now, the law is never that simple, and even though the Constitution says that a person's right to be secure from warrantless searches and seizures, |shall not be violated| in reality the courts have crafted numerous exceptions to the warrant requirement over the years. One big exception - the one relied upon in the Netland case and the one currently being analyzed by the SCOTUS - is the |exigent circumstances| doctrine.

Long story short (too late?) the |exigent circumstances| doctrine recognizes that if crucial evidence will likely be destroyed in the time it would take for law enforcement to obtain a warrant, police have the right to go ahead and execute their search without one (after the fact, the police will have to prove that they had probable cause to perform the search). Generally, the courts are expected to review these types of warrantless searches under a |totality of the circumstances,| weighing the likelihood that the evidence would have been destroyed against the timeframe it would have taken law enforcement to obtain a warrant. This is the type of careful balancing that courts are good at, and the type of judicial oversight that has been used since at least 1966 and the SCOTUS case of Schmerber v. California.

However, in the Netland case, the Minnesota Supreme Court decided that there was no need to weigh anything - they ruled that every time a driver has any alcohol in their system, there is a |single factor exigency| that eliminates the need to even consider obtaining a warrant. Rather than address the |totality of the circumstances| test of Schmerber, the court essentially sidestepped the issue and created a new categorical exception to the Fourth Amendment.

That's the current state of Minnesota law - no warrant needed, no questions asked. Which also means that Minnesota's test refusal law is currently constitutional - there is no harm in criminalizing a driver's refusal to submit to a search because the search can go forward whether the driver consents or not.

The McNeely case can go one of two ways. The SCOTUS can either agree with the Netland majority and say that, |the evanescent nature of the evidence creates the conditions that justify a warrantless search. It is the chemical reaction of alcohol in the person's body that driver the conclusion on exigency . . .|

What is more likely is that the McNeely case will agree with the dissent in Netland, which stated, |I believe it is unwise to say that law enforcement is per se justified in taking blood-evidence evidence without a warrant in DWI cases. Rather, we should maintain our jurisprudence that requires the State, under a totality-of-the-circumstances analysis, to explain why law enforcement could have reasonably believed the blood-alcohol evidence would disappear before a warrant could be obtained.|

If the U.S. Supreme Court rules the way we expect, the |single factor exigency| doctrine will get drop kicked into history, and police in Minnesota (as is the case in many other states) will have to learn how to obtain telephonic warrants from on call judges before administering blood, breath or urine test. And as we'll discuss in the next post, that will have a huge impact on both how DWIs are handled in Minnesota, and how the courts view the crime of test refusal.