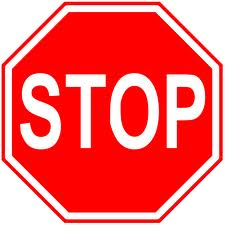 You couldn't be more wrong.

We were defending DWI cases long before the McNeely decision came down, and will continue to do so long after the law regarding warrants for blood, breath and urine tests is settled. That's why it's important to point out that the United States Supreme Court just accepted review of a case that could have a significant impact on how police officers go about stopping suspected DWI drivers.

In the case of Navarette v. California, a driver is asking the SCOTUS to decide this question:

Whether the Fourth Amendment requires an officer who receives an anonymous tip regarding a drunken or reckless driver to corroborate dangerous driving before stopping the vehicle.

In layman's terms, the highest court in the land is going to decide if the police can stop any vehicle on the road based solely upon an anonymous tip - or if the police can only use that tip to start following the vehicle, but still need to observe some sort of traffic violation before they can actually pull the vehicle over.

In Minnesota, police need to have some basis to pull you over; "suspicionless stops" like roadside checkpoints are unconstitutional under the Minnesota (not Federal) Constitution. However, the law gets trickier when it comes to anonymous tips from other drivers. Technically, Minnesota's Supreme Court has already held that, " If police cannot stop a car on the highway on the basis of mere whim, neither can they stop on the basis, for all they know, of the mere whim of an anonymous caller." Seems pretty straightforward, right?

Well . . . not so much. Since that case was decided, the government has done its best to chisel away at the Anonymous Tip Rule; today, traffic stops based on anonymous tips are being upheld in Minnesota on a variety of grounds, and every stop based on an anonymous tip needs to be vigorously litigated.

The U.S. Supreme Court could change all that in the Navarette case, either reinforcing the rule that anonymous tips don't provide a strong enough basis to violate a driver's right to be free from unreasonable searches and seizures, or demolishing that rule and making it easier to seize any driver who has been complained about.

While the Navarette case might not have the broad impact of the McNeely decision, it will affect a sizable percentage of DWI cases, and we'll be watching it carefully.