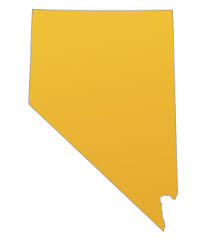 Another state in our union has joined the bandwagon of those requiring warrants in DWI cases.

In a unanimous decision, the Nevada Supreme Court held that, in light of Missouri v. McNeely, there was no basis for warrantless searches of drivers' blood, as allowed per Nevada's now-unconstitutional statute.

Interestingly, a spokesperson for a Nevada Police Department stated that it won't affect the state's day-to-day operations! How is this possible?

Also unlike Minnesota, as a Nevada attorney explained, this decision means a couple important changes in the law: first, now police are going to have to go get a warrant or get true knowing and voluntary consent (as is not fully clarified in Minnesota DWI law), and second, a person can say, "no, I'm not taking your test| (something that cannot be said in our state without being charged with refusal).

This decision is more evidence of a trend in our county to require warrants in DWI cases, rather than relying on an exception to the warrant requirement, such as "consent," as is being done in Minnesota.

Will our state jump on board soon? We're doing our best to expedite this possibility.