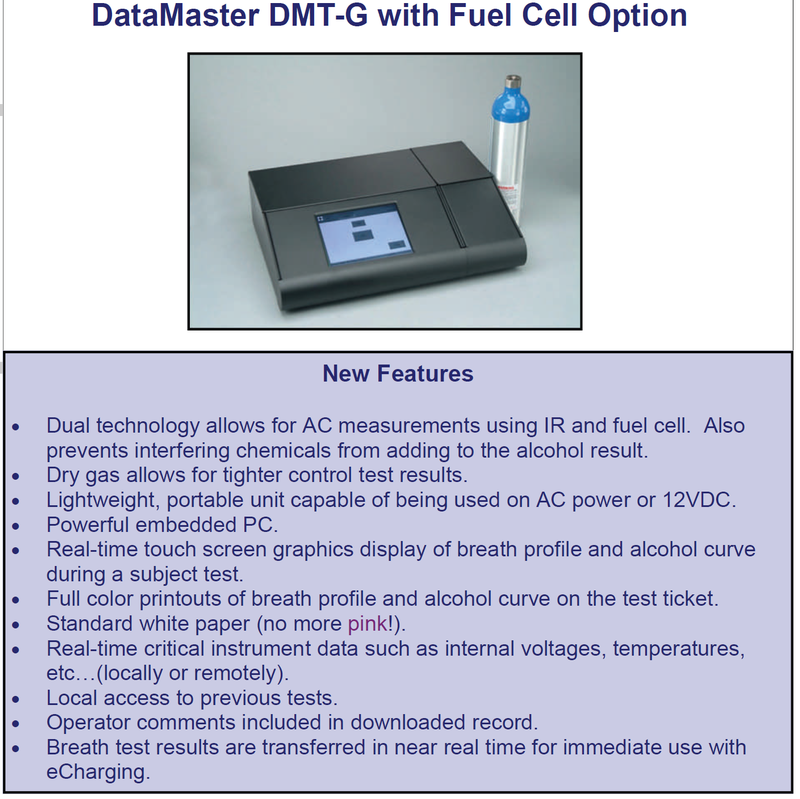 This is some very breaking news: in multiple court hearings this past week our attorneys confirmed that Minnesota’s breath test machines are not being properly tested to prevent erroneously high alcohol readings. That’s . . . very bad. What’s worse is that the Minnesota Bureau of Criminal Apprehension (BCA) also went ahead and disabled a critical safeguard which was designed to prevent this exact type of error. We’ll explain what’s happening, and why we now believe that all Minnesota breath tests need to have .02 subtracted from the final result in order to avoid wrongfully convicting innocent drivers.

SCIENCE FOR DUMMIES: To understand this error, you need to understand a little bit about breath alcohol testing and the quality of a breath sample provided by a typical driver. We all learn in school that we inhale oxygen and exhale carbon dioxide. What our teachers omitted (because it’s unnecessary for 99% of the population to know) is that we actually exhale a mixture of compounds; not just typical gases like nitrogen, oxygen, carbon dioxide, but more rare gases like argon, alongside as many as 3,500 other compounds!

Why does it matter what substances are in a typical person’s exhaled breath? Well, one risk associated with breath alcohol testing is the chance that the machine mistakenly considers a non-alcoholic substance to be breath alcohol – a mistake that would erroneously elevate the breath test result. This is such a known problem that forensic scientists have a name for these types of compounds – they call them “interfering substances.”

Minnesota’s breath test device is officially called the “DataMaster DMT-G With Fuel Cell Option”, and (like most machines of its kind) uses infrared light to measure the alcohol molecules. Unfortunately, the way that it “measures” alcohol runs a high risk of also measuring certain other “interfering substances.” In other words, it measures more substances than it we want it to measure. Scientists say it is not “specific” to ethyl alcohol, and all that means is that the machine can measure several different compounds but label them all as “alcohol” because it doesn’t know any better.

One key “interfering substance” is acetone, a molecule that is widely recognized by forensic scientists as being a very tricky "interfering substance" that can add to a final breath test measurement. And one reason acetone is such a concern is that everyone has acetone on their breath to some degree; it is a common by-product of fat metabolization. Whenever your body is burning fat calories for energy, you’re producing acetone. If you’re a diabetic, on a strict diet, or are an endurance athlete, you’ll almost certainly have an even higher rate of acetone exhalation.

None of this is disputed – which is why the DataMaster DMT is supposed to use two different methods to detect, flag, and rule out the effect of interfering substances. One way is to “filter” the breath sample in a way that will (theoretically) distinguish between ethyl alcohol and substances like acetone. However, our own BCA recognized this technique is unreliable by itself, and looked for another method. In 2010, when Minnesota was in the market for a new breath test machine, it not only asked that any proposed machine include the standard “filters,” but that it would also include an entirely different type of analysis: fuel cell technology. Acetone is a tricky interfering substance when it comes to infrared measurements . . . but these fuel cells have no problem with it at all. And sure enough, the BCA ultimately spent millions of taxpayer dollars to purchase the DataMaster DMT model that included an acetone-detecting fuel cell and deployed a fleet of hundreds of these machines . In fact, they settled for a weaker infrared filter setup (the DataMaster DMT has three filter wheels instead of the five filter wheels in the machine that the DMT was replacing).

The BCA touted the machine’s capabilities online and in its 2010 Annual Report, claiming that the dual technology “prevents interfering chemicals from adding to the alcohol result.”  That should keep Minnesota drivers safe from being wrongfully accused due to elevated acetone levels . . . right?

In early 2012, not too long after our new fleet of breath test instruments were deployed across Minnesota, the BCA noticed that the fuel cell was regularly reporting results that differed from what the infrared sensors were detecting. That’s exactly what you would expect to happen if the breath samples contained interfering substances like acetone, but the BCA saw this as a problem, not a feature. Rather than try and correct any potential issues with the fuel cell, the BCA went “scorched earth” on its new machines and straight-up disabled the fuel cells on every instrument in Minnesota!  So, despite the fact that the BCA said they needed fuel cells to help screen out substances like acetone (and then paid more money to get them), they quickly changed their tune and began confidently claiming that we really never needed those fuel cells in the first place. See the Fox 9 news story.

Now, finally, here is the kicker: The BCA’s chief argument involving their decision to disable the fuel cell was their insistence that they put the DataMaster DMT through “rigorous validation studies” to ensure the machine could reliably identify interfering substances, and shut down testing if they such compounds were present. That’s pretty important, given that everyone has acetone on their breath, so you’d not only expect but outright demand that the state science lab conduct “rigorous validation studies” with respect to acetone. So nobody was more shocked then us when, during the testimony of several BCA scientists, we discovered the BCA did not conduct a “rigorous validation study” as it had claimed. Instead, the BCA tested the machine only to determine whether it could identify acetone in an isolated sample, without other compounds such as alcohol! If any human was exhaling pure acetone, they wouldn’t need a breath test . . . they’d need a doctor.

But, more damning, despite BCA claims that the machine detects acetone at levels as low as 0.005, its “rigorous validation study” used a threshold of only .02! This is four times the amount it had claimed, and 1/4th of the legal limit in Minnesota! Based on its validation studies, the BCA can safely claim that the DataMaster DMT will flag the presence of acetone whenever there is at least 0.02 present in the sample; what happens when a driver’s breath sample has 0.19 acetone? What if that acetone drove their alcohol concentration from 0.07 to 0.89? Is it now a crime to diet in Minnesota?

The cat is out of the bag, and the BCA is already claiming that it intends to go back and conduct “proper validation studies” this time (that must be the next step up from “vigorous validation studies”). But these new studies, started more than 12 years after the BCA first put the machine in use and 10 years after it shut down the fuel cell, are about 12 years too late. In the short term this means that 1) because the BCA deliberately decided to turn off the fuel cell safeguard that was included in the original instrument, and then 2) utterly failed to conduct proper validation studies, it appears that anyone with a test result of .10 or below could have actually been below the legal limit. This also applies to those charged with being twice the legal limit (which brings significantly enhanced penalties) and commercial drivers (who face a legal limit of 0.04).

Is this really justice?