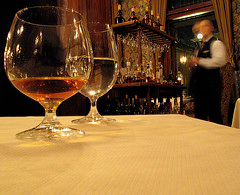 Today, as reported in the Star Tribune, the National Traffic Safety Board (NTSB) made the entirely expected announcement that they are recommending the legal limit be reduced from .08 (where it is now) to .05.

This is in keeping with recent trends, which has seen states lowering the legal limit from .10, to .08, and now likely .05. While the intended goal of such a law would be to reduce drunk drivers by making many more citizens criminally liable for driving with alcohol in their system, a new limit of .05 poses many challenges to both your average driver and our courts.

As one example, with a .05 limit there will need to be a great deal of additional scrutiny focused on the various test methods used against drivers - blood tests, breath tests, and urine tests. These tests will have to be a great deal more accurate and precise to distinguish between drivers who are .049 and .05. Additionally, tests that can dramatically over-estimate alcohol concentration (like urine tests) would have even less of a place as a law enforcement tool than they do now.

But the biggest question may be "why .05?" Currently, it is still legal to drink and drive in Minnesota; what is criminal is being impaired, or being over .08. With a .05 limit, legislatures will still be telling drivers "it is legal to drink and drive" but the threshold for criminality will be so low so as to make it virtually impossible for someone to know if they really are over the legal limit. At that point, it likely makes the most sense to simply change the law to "not a drop" and thereby put everyone on notice that any drinking coupled with any driving will be a criminal act. This is already the case for drivers under the age of 21 - any presence of alcohol while driving results in criminal charges.

That type of law - not a drop - will undoubtedly come down the pipe in the future . . . but not anytime soon. In the meantime, the legal limit will continue to drop in small increments, tripping up thousands of drivers annually while our legislatures keep drawing finer and finer lines between the realm of "legally sober" and "criminally drunk."