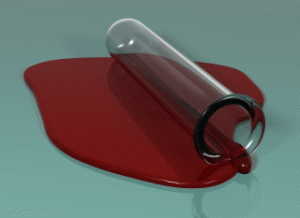 Today we all received the long-awaited decision from the United States Supreme Court in Bernard v. Minnesota (technically it was three consolidated cases, but here we'll just refer to the whole decision as "Bernard.")

First things first -- if you want to read the opinion, you can find it by clicking right here.

On to the meat of it: The Bernard decision consists of three basic holdings:

1. DWI breath alcohol tests now qualify as "searches incident to arrest." That means they are not protected by the warrant clause of the Fourth Amendment and a driver can constitutionally be penalized criminally if they refuse to submit to such a test. This implicates everyone who refuses a breath test.

2. DWI blood alcohol tests do not qualify as "searches incident to arrest." That means that drivers have the absolute right to say "no" or "get a warrant" if an officer demands a blood test, and Minnesota's DWI test refusal law is unconstitutional with respect to demands for blood tests. This implicates everyone who refuses a blood test.

3. If a driver says "yes" to a demand for a DWI test after being told that refusal to submit to that test is a crime, the State can't claim that the driver's "implied consent" to submit to the test means that they "actually" consented. This potentially implicates everyone who agrees to submit to any type of test.

That's what Bernard says; here's what it doesn't say:

1. What is the status of urine tests? The vast majority of states don't even try to use urine tests in DWI cases; Minnesota is the rare exception. Bernard leaves open the question of whether or not a urine test can be considered a "search incident to arrest" or whether it has the same protections as a blood test (note that Ramsay Law Firm argued this exact issue in front of the Minnesota Supreme Court this month, and the answer is in the pipeline).

2. What does it mean to "consent" to a blood, breath, or urine test . . . especially after being told that "refusal to take a test is a crime (when that is only true sometimes). The Supreme Court disposed of the concept of "implied consent" when it comes to the government's ability to try and obtain criminal evidence, which opens the door wide open for the Courts to reconsider what it takes to actually "freely and voluntarily" consent to a DWI test.

Some of the consequences of the Bernard decision:

1. We're going to see a renewed emphasis on the pitfalls of breath testing, and our firm will be spending much more time exposing the serious limitations that impact breath tests on behalf of our clients. Law enforcement will undoubtedly be using breath tests at every opportunity in order to avoid the warrant requirement, meaning the critical shortcomings that affect breath tests (and not blood tests) are going to become much more glaring.

2. The Minnesota Legislature is going to need to rewrite Minnesota's Implied Consent law. As written, the Advisory read to every arrested driver informs them that they are "required by law" to submit to testing and that "refusal is a crime," statements that are simply not true in light of Bernard.

We'll be providing much, much more analysis of the decision in the near future -- in the local media, at seminars sponsored by Minnesota CLE, and of course, right here on our blog. Stay informed.

But for now, things are certainly interesting.