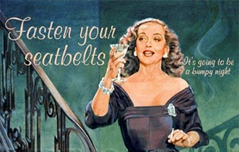 In the wake of the Bernard decision (the Minnesota Supreme Court's latest decision finding Minnesota's DWI Test Refusal Law constitutional, after previous attempts to obtain review of the constitutional issue were rejected by the United States Supreme Court) Ramsay Law Firm has been deluged with requests for our reaction to the decision, and our analysis of what this decision means and how it will potentially be applied in the future.

The exception cited by the state Supreme Court that allows police to do a warrantless breath test is legally referred to as a "search incident to a valid arrest exception.| Gildea said that the state high court could not find a single case anywhere in the country prohibiting a breath test under that exception.

Yet the ruling deals only with a breath test and makes only a passing reference to the constitutionality of a blood or urine test for a suspected drunken driver. That may open the door for a driver to demand a warrant before giving a sample, said Dan Koewler, a DWI defense lawyer who submitted a brief in support of Bernard from the Minnesota Society for Criminal Justice. |This is notable, and leaves more questions than answers,| he said.

We've got plenty more to say about the court's reasoning in Bernard, and we'll be sharing it here. Fasten your seat belts, it's gonna be bumpy ride as Minnesota's legal community adjusts to a radical new interpretation of the United States Constitution.