Start the New Year With a New You: Minnesota's New And Improved Expungement Law 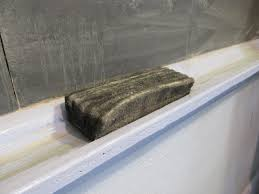 We first mentioned it last May: After years of effort, the Minnesota Legislature finally passed a bill making it substantially easier to for Minnesotans to finally be allowed to leave their past behind them and seal (expunge) certain records of prior criminal convictions. If you've ever been denied a job or housing because of an old conviction on your criminal record, this law is for you.

The process for sealing a criminal conviction, referred to as an "expungement,| can be time consuming, but with the radical new changes to Minnesota's Expungement Law (which go into effect January 1, 2015), the legislature made it much, much easier to earn a clean slate.

This post is not designed to provide any legal advice â?? if you want to find out if you are eligible for an expungement of your criminal record, and want help getting it done, please call our office for a free consultation. That being said, it's helpful to see exactly how the new law is laid out, and by providing the public with an easy-to-digest version of a fairly complicated law, we hope that more people that are now eligible for an expungement will take advantage of this opportunity as soon as possible.

One additional note: when we're speaking about |expungements| in this post, we're specifically talking about judges using the new power granted to them by the legislature to seal criminal convictions, hiding these convictions from background checks performed by employers or landlords. There are other types of expungements that apply to people who were never actually convicted (or never admitted any guilt in court) that are much easier to obtain, follow a simpler process - and that we'll talk about at a later date. This post is for those people who are stuck behind the 8 ball and need help erasing their criminal history.

EXPUNGEMENT PROCESS IN GENERAL: HURRY UP AND WAIT

Assuming you are eligible for an expungement, we'll get to work on collecting the necessary information, filing the petition, and getting ready for the court hearing. But be ready to wait, because the expungement process takes time. Expect it to take a couple of weeks to pull together the information that needs to be included in the petition, and then to have the actual petition carefully crafted. Once the petition is filed, the court will not provide a hearing for at least 60 days, in order to give any victims and the government the opportunity to object to the request.

That hearing may involve your testimony, explaining to the judge why you need an expungement. It will certainly involve arguments by the attorneys, passionately explaining why you are the ideal candidate for an expungement, and why you deserve to be one of the many, many Minnesotans who are taking advantage of this new law. However, the expungement process doesn't end with the hearing - unfortunately, there will be even more downtime after the hearing. In the best case scenario, where the judge rules immediately that you are entitled to have your record sealed, the law requires that order to be put on hold for 60 additional days, to give the government time to decide if they want to appeal the decision. If no appeal is filed, the agencies that control your criminal record will begin the process of sealing your record at the end of that 60 day period â?? which will be at least four months after the petition was actually filed.

WHAT CAN BE EXPUNGED:

Getting the expungement process moving only makes sense if there is a reasonable chance of success. Minnesota's new law places certain restrictions on expungements, depending on the type of offense you or your loved one was convicted of, and how much time has passed since that conviction.

How long you have to wait will depend upon the severity of your conviction. In Minnesota, there are four levels of severity â?? a petty misdemeanor, a regular misdemeanor, a gross misdemeanor, and a felony. The level of conviction is determined entirely by your sentence; if the judge sentenced you to 90 days in jail (or put you on probation and threatened you with up to 90 days in jail if you violated the terms of your probation), you were convicted of a misdemeanor. If the judge sentenced you to anything more than a year in jail (even a year and a day) you were convicted of a felony.

The level of offense determines how long you need to be able to prove that you remained law abiding. For example, in order to expunge a misdemeanor conviction, you should wait two years after you successfully completed probation, and you cannot have been convicted of any new crime during that period. So, someone who got in a bar fight, pled guilty to misdemeanor assault, and was placed on probation for one year, would have to go three years without being convicted of a new crime before they would want to file a petition for an expungement of that conviction (one year of probation + two additional years of waiting due to the fact that the conviction was a misdemeanor = three years before filing an expungement petition).

A year and a day (or more) of incarceration

These are the general timeframes â?? but not all convictions are treated equally. This new law does not (currently) allow a judge to expunge domestic assault convictions or sexual assault convictions, or crimes related to these types of convictions, like violating Orders for Protection or Harassment Restraining Orders. This prohibition against expunging these types of assault applies whether the offense was a gross misdemeanor, felony, or any other level of offense.

There are additional restrictions on felony convictions, because the new law only applies to a very specific list of felonies. This list of felonies is a mix of what is commonly referred to as |white collar crimes,| types of theft and fraud, convictions for controlled substance (drug) crimes, certain types of arson, and some head scratchers like |Assaulting a Police Horse.|

But, assuming someone's conviction was not for domestic or sexual assault, and it was not a felony conviction, they only need to wait the allotted period of time and it will be time to file that expungement petition. If the conviction was for a felony, they'll still only have to wait the allotted period of time, but will just have to make sure that their conviction made |the list| of allowable offenses. Know that this "waiting period" is not set in stone, but that waiting will provide the best possible odds of success in getting this petition granted.

When seeking to expunge a criminal conviction, we will need to convince the judge with |clear and convincing evidence| that 1) the benefits of sealing the record outweigh 2) the disadvantages to the public (and public safety in general). This is a very fact-specific argument, and typically involves painting a careful and accurate picture of exactly what problems this criminal conviction have caused (such as inability to find employment, or be certified to work in a certain field, or rent an apartment) and why the judge should take the extraordinary step of completely sealing a criminal conviction from public view.

Are you thinking about getting an expungement? Has a prior criminal conviction made it difficult to find a job? Give us a call and we'll talk you through the process and find out if an expungement petition can help solve your problems and give you a fresh start. But before you call, try and pull together the following information:

1. 1. A list of all your home addresses since the time of the incident you are looking to expunge;

2. 2. All the information you have from the incident, including copies of police reports, sentencing orders, written complaints â?? the more the better

3. 3. Copies of any previous expungement petitions you or an attorney may have filed in the past.

Now, there is A LOT MORE that went into this new expungement law, and again, this post is not designed to provide you with any legal advice. What we've provided here is the broad tools to allow you to quickly decide if an expungement looks like something you'd like to explore . . . but it's just a starting point, a quick tool to use to determine if you may be eligible. Minnesota's Second Chance Law is going to provide a lot of people with a fantastic, first-ever opportunity to remove prior convictions, and there is no guarantee that the Legislature won't dramatically alter this law in the future. If you want to see a conviction removed from your record, have your gun rights restored, or try and get a professional license back, 2015 will be the best time for you to create a new you.