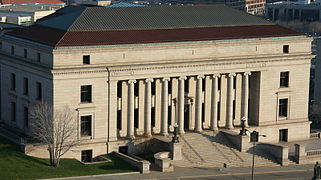 Things are about to get interesting when it comes to the state of DWI law in Minnesota. In the near future we've got two big events: The United States Supreme Court's decision in Bernard v. Minnesota, and oral arguments before the Minnesota Supreme Court in the Thompson and Trahan cases.

The United States Supreme Court issues its decisions on Mondays at 9:30 a.m. EDT, and goes on summer recess in July. Because the Court almost always issues a decision in the same term that a case was argued (and Bernard was argued this term) we can expect a decision sometime in June.

So, we should get an answer regarding the constitutionality of Minnesota's DWI breath testing program within a month -- either on June 6, June 13, June 20, or June 27. For what it's worth, I'm guessing we'll get a decision on June 20; others believe that because Bernard was one of the last cases argued, it'll be one of the last decisions issued, and we'll get an answer to all our questions on June 27.

We'll be posting the decision as soon as it is issued, along with our initial analysis, so no need to sit on the courthouse steps in Washington D.C., just check our blog for the next few Mondays any time after 9:30 a.m.

On the local front, Ramsay Law Firm will be arguing the Thompson case at the Minnesota Supreme Court next Wednesday, June 8, at 10:00 a.m. The Minnesota State Appellate Public Defender's Office will be arguing the Trahan case one hour earlier, at 9:00 a.m. That means the whole morning will be dedicated to one question: is it constitutional to criminalize the act of refusing to submit to a warrantless demand for a blood or a urine test.

Seating at the Minnesota Supreme Court is limited, so if you want to observe the arguments live, it wouldn't hurt to get there a little early. In the alternative, you can always wait until Wednesday evening to watch the video rebroadcast.