The Evolution of the Consent Search Doctrine 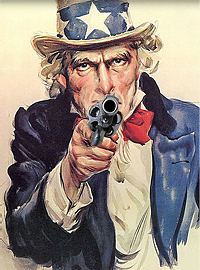 Series: The Evolution of the Consent Search Doctrine

As we mentioned in our previous post in this series, the consent search exception to the Fourth Amendment warrant requirement is a relatively recent, judicially-crafted doctrine. Tracing its evolutionâ??or should I say, devolutionâ??reveals a gradual but steady shift away from actual consent (as the right of every individual) toward "consent| as |any cooperation with law enforcement in the absence of extreme and obvious coercion.|

The consent search exception has devolved into a law enforcement tool used liberally and intentionally by the authorities to pressure or trick individuals into doing what they are told.

Lest this generalization offend some readers, I offer the wise words of former Minnesota Supreme Court Justice Esther Tomljanovich, from the case of State v. George, written in 1997:

Our decisions in this case and in [State v.] Dezso represent what I believe will be an ongoing attempt to come to grips with the increasing use by state troopers and police officers of subtle tactics to get motorists and others to |consent| to searches. It appears state troopers and police officers are receiving training on getting |consent| to search, similar to the training sales people receive in getting people to agree to buy things they do not want. One technique is to ask the defendant a question along the following lines: |You wouldn't mind if I looked in the truck, would you?| If the person says |no,| the officer searches. Consumer protection laws provide some protection to consumers who, as a result of sales pitches from sales people, |consent| to purchase products they do not want. We are not dealing with vacuum cleaners in this case but with the liberty and privacy interests of all the people of the State of Minnesota, and we have an obligation to ourselves and to the Constitution of this State to do what we can, in our limited role as a court of last resort, to provide reasonable protection to those interests.

Justice Tomljanovich's foresight was 20/20. In the year and a half since the Minnesota Supreme Court's ruling in State v. Brooks, the legitimacy of the consent search exceptionâ??at least in the DWI contextâ??has been eviscerated. We have been unable to find a single case where the Court of Appeals affirmed the District Court's finding of coercion in the DWI context. Not when the driver told the officer he did not consent, and not even when an individual had been attacked by police dogs just prior to allegedly giving consent. Equally distressing is the recent attempt by the Minnesota Court of Appeals, in State v. Bernard, to revive the long dead |hypothetical warrant doctrine,| which essentially nullifies the Fourth Amendment warrant requirement by cutting out the pre-search review of probable cause by a neutral magistrate.

How did we get here? Historically, Minnesota courts have construed the consent search exception to the warrant requirement more narrowly than the United States Supreme Court. In cases decided in 1969 (State v. Mitchell), 1970 (State v. High), and 1999 (State v. Harris), the Minnesota Supreme Court found that just the arrestâ??and even a pre-arrest seizureâ??of a suspect pretty much ruled out any |free and voluntary consent.| Their logic was simple and direct: once law enforcement has asserted its authority over you, law enforcement has authority over you. They have guns, tazers, chemical spray, retractable batons, and the training in how to use them; you have the duty to obey, to let them order you around, take your shoes and wallet, and lock your hands behind your back. The imbalance of power is inherently coercive, and it is the court's duty to protect individuals from abuse of government power.

Decades worth of Minnesota judges enforcing the protections of the Fourth Amendment didn't just happen in a vacuum. The Court's decisions in Mitchell and High came in the wake of the federal government's 1967 mandate that all states implement an implied consent law. Imagine the justices' jaws dropping; what could be more ridiculous than finding that an individual gave free and voluntary consent when that |consent| was created by the legislature and automatically given when the individual got behind the wheel? Again, lest some take offense, the Court said it best in 1976, in Prideaux v. Dept. of Public Safety:

The obvious and intended effect of the implied-consent law is to coerce the driver suspected of driving under the influence into â??consenting' to chemical testing, thereby allowing scientific evidence of his blood-alcohol content to be used against him in a subsequent prosecution for that offense.

Those scare quotes around the word |consenting?| Those were added by the Supreme Court . . . the same Supreme Court that, approximately 37 years later, decided that the |obvious and intended effect of the implied-consent law| is to |make it clear to drivers that they have a choice as to whether to submit to testing.| That's quite a turnaround.

So, we've seen the concept of |consent| evolve slowly over the course of decades, before seeing a sudden, radical redefinition of the concept in 2013. Before Brooks, putting a suspect in handcuffs was often enough to render any consent involuntary, and reading a driver the Implied Consent Advisory was |obviously coercive.| After Brooks, neither of those factors appear to matter.

So what does matter? We'll discuss that in the next post, when we analyze Minnesota's New Standard for the Consent Exception to the Fourth Amendment: State v. Brooks.

This is the second post in our blog series, Consent as an Exception to the Fourth Amendment Warrant Requirement: DWI Alcohol Testing. In this series we discuss: