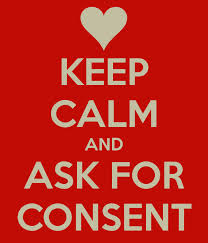 The Constitution didn't come with built-in exceptions; courts have created them. It wasn't until 1921, in Amos v. United States, that the United States Supreme Court first recognized the possibility of a consent exception to the Fourth Amendment Warrant Requirement. It took another 25 years, in Zap v. United States, for the Court to turn the possibility into a reality. Before 1946, you couldn't waive your right to a warrant even if you wanted to; every search had to be authorized by a warrant issued by a neutral magistrate based on probable cause. The writers of our Constitution knew all-too-well the danger posed to personal liberty by unchecked, unilateral action by one branch of government. Hence, the Fourth Amendment Warrant Requirement.

Given our nation's belief in individual freedom, it makes sense that a warrantless search is reasonable when it is conducted with the permission of the person searched. In a society based on law, the concept of agreement and consent should be given a weight and dignity of its own. When police officers ask an individual for consent to search, it reinforces the rule of law for the individual to actually consent (or refuse to consent), and for the police to act in accordance, by executing the consensual search (or getting a warrant). That's why, when the Court created the consent search exception in the 1946 Zap case, the Court relied on actual consent; an individual had to give an intentional, knowing, and voluntary waiver of his or her Fourth Amendment rights before a search would be considered consensual. Only the truly voluntary relinquishment of the right to a warrant could support the constitutionality of a warrantless search.

Actual consent â?? "Yes, I give you permission to search| or |No, come back with a warrant| â?? remained the benchmark for about 50 years. Then, in 1973, the Court issued its decision in Schneckloth v. Bustamonte. In that case, the Court developed a new approach to the consent search doctrine by shifting the criteria for consent from actual, express consent given freely and intentionally, to "consent" as determined by the court's application of a |voluntariness| test to "the totality of the circumstances."

In Bustamonte, the Court separated consent search analysis from the original characteristics that made consent searches reasonable. Instead of focusing on the individual's actual consent to forego a constitutional protection as the basis for the doctrine, the Court emphasized the balance between law enforcement officials' interest in conducting searches and the private citizen's fear of coercion. This new focus on law enforcement interests moved the doctrine of the consent search exception away from an objective standard, which focused on a particular person's actual waiver of his or her constitutional right, to a subjective standard, which assessed whether a law enforcement officer's actions coerced the suspect into permitting a warrantless search. "Consent" was determined by the one asking for it, not the one giving it.

Law enforcement has no complaints about this shift, but for individuals, the consent search situation has only gone downhill since Bustamonte. Subsequent court decisions have further distanced the consent search exception from its original justification by shifting the focus of consent analysis entirely away from the objective, actual manifestation of an individual's consent to the court's interpretation of the facts from the officer's perspective in the absence of express consent. In a recent case here in Minnesota, the Court of Appeals found free and voluntary consent from a 21-year veteran of our U.S. Navy, even when the veteran told the officer who arrested him |I guess I will take your test, but I am not consenting.| This approach goes far beyond cases that have come before, and appears to be ushering in a new consent calculation: submission to a search automatically equals consent to that search.

This plays out in a dangerous way in the context of warrantless DWI searches: the Minnesota Implied Consent Advisory says "Minnesota law requires you to submit to a chemical test" and "refusal to submit is a crime." The Advisory doesn't mention the fact that if a driver refuses, no test will be performed against his will. And law enforcement is not required to clarify that a driver can (and must) submit to a warrantless search to obey the law without giving free and voluntary consent to that warrantless search.

This is the first post in our blog series, Consent as an Exception to the Fourth Amendment Warrant Requirement: DWI Alcohol Testing. In this series we discuss: