The Problems With A "Sometimes Unconstitutional" Law 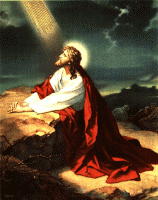 "If it is possible, let this cup pass from Me." From the Book of Matthew, chapter 26, verse 39, Jesus' sentiment is a one that has been felt by many over the course of human history (though undoubtedly not to the degree that he felt it). Praying in the Garden of Gethsemane, Jesus made a final, plaintive plea to his Father that he might not face the rough sacrifice approaching him the following day - so concerned about his duty that he sweat blood.

I imagine similar, if less dramatic, thoughts running through the minds of our Court of Appeals when the Minnesota Supreme Court sent them the Trahan case and asked them to rule upon it. By way of background, know that earlier this year, in State v. Bernard, the Minnesota Supreme Court determined that Minnesota's DWI Test Refusal law was constitutional, but used some very particular logic to reach that conclusion, and specifically decided that the law was only constitutional in cases where law enforcement demanded a breath test. That left the open question of "what about requests for blood or urine tests" completely unanswered.

Talk about nerve wracking: the Supreme Court is a policy-setting Court, empowered to establish new rules of constitutional interpretation. The Court of Appeals, on the other hand, is a pure "error correcting" court, specifically tasked with not creating any sorts of new rules of law. In this context, it is easy to imagine a pious Court of Appeals judge cautiously wondering aloud "why has this cup been passed to me?" (to be fair to the Court, it is unlikely that any blood was sweat over the Trahan remand).

That said, the Court rose to the occasion, looked at the federal law on point (which appears to directly contradict the holding in Bernard) and did the commendable thing: the Trahan Court simply concluded that Bernard straight up did not apply to blood tests, and that under the strictest of scrutiny, there was no way to reasonably concluded that Minnesota's DWI test refusal law was constitutional. So they threw it out.

Now, Minnesotans are in a very awkward position. The Minnesota Motor Vehicle Implied Consent Advisory, as currently written, is a straight up lie - every driver is told that "refusal to take a test is a crime" even before the officer has decided whether to ask for a blood test or a breath test. Lying to drivers is a big no-no under the Due Process Clause of the Constitution, and right now there is really no avoiding it unless the Legislature acts very, very fast (which legislatures are not particularly known for).

There are also significant Equal Protection concerns at stake - how can one type of intrusion (a breath test where a driver is being forced to blow far longer and harder than a typical breath pattern) be treated differently from a Constitutional standpoint than a different type of intrusion (a blood test) . . . especially when both tests are fundamentally implicating the exact same privacy interest?

These questions and more are likely heading back to the Minnesota Supreme Court, the long way around. In the meantime, when faced with a contradictory set of cases, the Minnesota Court of Appeals accepted the cup that had been passed to them and accepted the challenge presented by the Supreme Court - and in the aftermath, our test refusal law - the cornerstone of our entire DWI set of laws - has been thrown out on its backside.