The Technicalities (and Presumptions) of DWI: Part II 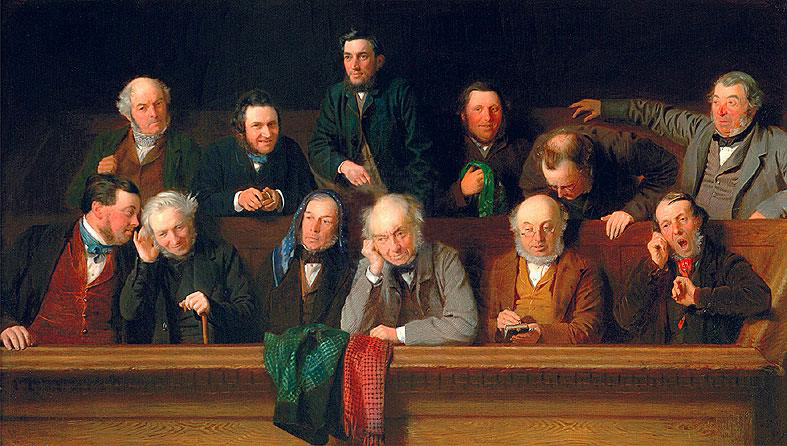 We previously discussed one of the most common misconceptions held by people who were arrested for driving while impaired - the future client who calls our office and feels obligated to keep reminding us that they "know" that they are "technically guilty of DWI" but . . . but . . . but. We debunked the myth of "technically guilty" drivers in that prior blog, and today we're going to talk about the other common misconception, namely, that the only way to "beat" a DWI is by taking advantage of some once-in-a-lifetime "technicality."

I shudder whenever a future client talks about "technicalities" because it shows a serious misunderstanding of what our constitutional rights really stand for. When someone says, "I want to know if it is possible to get off on a technicality" I secretly cringe, before trying to explain that what they meant to say is "did the government do its duty to uphold my constitutional rights?"

That's not just mincing words - it's the cornerstone of our free, democratic society. Now, there are always scientific challenges to raise in DWI cases (the validity, accuracy, and reliability of the breath test, for example) and there are also specific challenges to the facts of many cases (would a jury agree that the person in actual physical control of the vehicle, or that the field sobriety tests were properly conducted) but many of the best defenses are constitutional challenges ("technicalities" that are anything but).

The Constitution affects DWI investigations more so than almost any other crime. You've got the initial seizure of the individual, which implicates the Fourth Amendment. The Fifth Amendment right to remain silent comes into play regularly (and often earlier in the encounter than most people think). You've got a constitutional right to counsel before you even submit to a blood, breath, or urine test, and a due process right to obtain an independent test afterwards. The test itself is a search protected by the Fourth Amendment warrant clause (a hotly contested topic to this day), and this is just scratching the surface of the dozens of constitutional challenges that have successfully been used to get DWI cases thrown out of court.

When a law enforcement agent stops a driver without a reasonable suspicion of criminal activity, throwing out the case isn't due to a "technicality," it's a duty - our judges have a duty to protect the public from overzealous law enforcement agents - even if the driver was unequivocally intoxicated. When the government crime lab uses a fleet of breath test instruments that are unscientifically calibrated, improperly maintained, and are used to report grossly inaccurate and misleading results, suppressing those test results on Due Process grounds is not a "technicality," it's nothing more (or less) than a judge doing his or her duty to act as constitutional gatekeepers, each responsible for screening out blatantly unfair evidence.

The "technicalities" of DWI defense don't arise once in a blue moon - they arise in almost every single case. It's probably once or twice a year that we come across a case where there is no way to raise a constitutional challenge to some aspect of a DWI case; 99% of the time, those challenges are plain to see, aching to be litigated, and able to be won.

You are not "technically" guilty of DWI unless you plead guilty or lose your case at trial; and your attorney's job is to zealously attack every constitutional violation in your case to suppress illegally obtained evidence. That's not "winning on a technicality" that's just the benefit of living in a free, democratic society.

Hundreds of thousands of soldiers have died overseas defending our constitutional freedoms, and it would be absurd to fight with any less conviction when those freedoms are in need of defense at home.