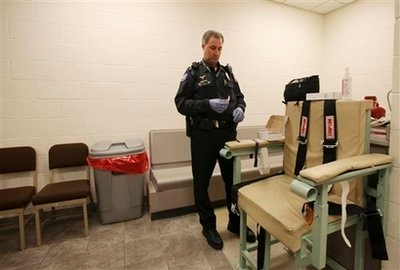 Next week, on January 9th, the U.S. Supreme Court will hear oral arguments in the landmark DWI case of Missouri v. McNeely.

The issue is whether a law enforcement officer may obtain a nonconsensual and warrantless blood sample from a driver under the "exigent circumstances exception| to the Fourth Amendment warrant requirement, based solely upon the natural dissipation of alcohol in the bloodstream.

The Minnesota Supreme Court previously addressed this question when we raised it in the case of State v. Netland. Minnesota held that alcohol creates a |single factor exigency| and therefore is an exigency per se. Defense attorneys in Missouri adopted our argument and brought it before the Missouri Supreme Court, who held that (unlike Minnesota) law enforcement can't ignore the Constitution unless the state can prove, under a |totality of circumstances,| that police would have been unable to obtain a warrant.

Which state supreme court is right?

The U.S. Supreme Court will decide later this term.

Until then, constitutional and DWI geeks can read up on the case, including Amicus memoranda and the parties' briefs.

After analyzing the briefs, I find it interesting that the states argue that the blood can be taken under yet another exception to the warrant requirement â?? |search incident to arrest| â?? a novel theory for this type of case.

What oddities or absurd points did you find?

Brief For Petitioner State of Missouri

Brief for Mothers Against Drunk Driving in Support of Petitioner

Brief for the United States in Support of Petitioner

Brief for Law Professors in Support of Respondent