Will the Test Refusal Law Fall on Its Face? 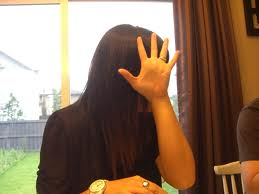 Once again, we can see that the legal landscape is reaching one of those tipping points, where everything we thought we knew is turned on its head.

The United States Supreme Court just issued a decision, in California v. Patel, that should prompt those who believe Minnesota's test refusal law is constitutional to stop what they're doing, sit up, and listen.

The bottom line is: We can and will keep making the argument that Minnesota's test refusal statute is unconstitutional until we win.

1. Just like laws that involve other constitutional rights, state laws that involve the Fourth Amendment are subject to facial challenges. By "facial", the Supreme Court means that some laws are so blatantly unconstitutional as written--regardless of any possible fact scenario to which they might apply--that no court could enforce the law without violating the Constitution. The Court found the law in Patel, which authorized warrantless searches of hotel registry documents on demand, to be facially invalid.

2. SCOTUS said (again!) that it is unconstitutional for the state to make it a crime to refuse to submit to a warrantless search. To put things in perspective:

In Patel, the statute struck down by the Court made it a crime for hotel owners to refuse to permit a search of the hotel's guest registry: who checked in, how long they stayed, how they paid for the room, etcetera.

Here in Minnesota, the test refusal statute makes it a crime for drivers suspected of DWI to refuse to permit a search of their body: the chemical composition of their blood, breath, and urine.

The Constitution--on its face--provides far more protection for individuals' privacy and bodily integrity than it does for the comings and goings of guests in a hotel database.