Collateral Consequences: A Pound of Prevention for an Ounce of Cure? 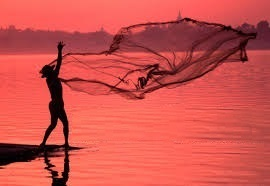 I recently appeared with a client at her arraignment for 3rd degree Test Refusal and 4th degree DWI. I'll call her Kate. Kate had never been in trouble before, and she was terrified. She had already borrowed money from her family to retain our firm, and just the thought of jail time and paying thousands of dollars in fines and fees as a consequence of a possible DWI conviction was overwhelming to the point of tears.

Even the prosecutor agrees that Kate didn't willfully refuse to take an alcohol concentration test. Kate was pulled over for a minor traffic violation. Police records show that she was asked to take a breath test, and she took one, but the machine rejected the sample. She was asked to provide a urine sample, and she tried, but she didn't have to pee. In Minnesota, that's a crime.

Kate's inability to give breath or urine is a gross misdemeanor crime. That means up to a year in jail and a $3,000 fine, plus all of the rigmarole involved in begging the Department of Public Safety to not revoke Kate's license so that she can drive to work and school. Andâ??Kate's primary concernâ??a permanent, public criminal record.

65 MILLION American adults have a criminal record. (Out of a U.S. 18+ population of approximately 245 million.)

For this quarter of our adult population, the number and breadth of collateral consequences of a criminal conviction, or "collateral sanctions" as they're called in Minnesota, is astounding.

There are more than 44,000 non-criminal, collateral consequences of criminal conviction in the United States: voting rights, housing, employment, licensing, adoption, federal student loans, the list goes on and on.

And yet we know that most recidivism occurs within three years of an arrest, and almost certainly within five years.

How could I possibly explain to Kate why she is facing a lifetime of collateral consequences for allegedly failing to stay in one lane, not blowing hard enough, and not being able to pee on command?

I couldn't explain it. All I could say was "we'll do our best to make sure you don't ever have to face those consequences."