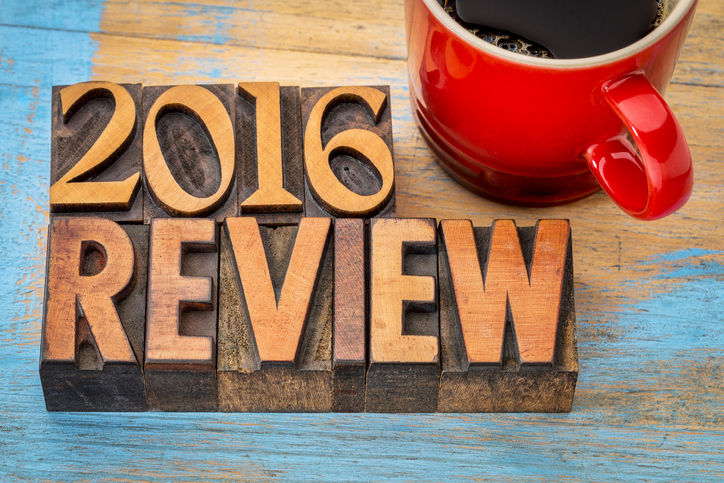 2016 has been quite the year for Ramsay Law Firm and Minnesota's DWI laws in general. It's not every year a case is heard by the United States Supreme Court that drastically changes our laws and the laws across the country. This is not being melodramatic, the events of the past year are unique and their affects will be felt, and litigated about, for years to come.

Below are the nine most notable events of 2016:

This was the long awaited case. Finally the highest court in our country was going to decide the question that has been posed time and time again: if the 4th Amendment protects us form unreasonable searches and searches conducted without a warrant are per se unreasonable, then how can a state criminally punish anyone for refusing a warrantless chemical test?

Daniel Koewler authored a brief to the Court for this case as an amicus curiae ("Friend of the Court"). He also attended the oral argument in Washington D.C. and wrote about his observations.

The Court issued its opinion on June 23rd. In making its decision, the Court focused on the intrusiveness of the individual tests. The Court held that because blood draws (needle piercing skin and blood vein) are much more intrusive than breath tests (which essentially require the subjects to blow into a straw), different amounts of protections will apply to each test.

This was our case and Daniel Koewler argued to the Minnesota Supreme Court that urine tests belongs on the "blood" side of the line. He poised the question: what is more intrusive than urinating? When you are lying in a hospital bed your family and friends will be around you when your blood is drawn, they will obviously also be around as you're breathing, but if able, you would still excuse yourself to use the restroom. Urinating is just as intrusive as having blood drawn, if not more. The Minnesota Supreme Court agreed and ruled it is unconstitutional to charge a driver with refusing a urine test.

3. Courts begin tossing blood and urine tests conducted prior to Bernard and Thompson.

Now that it is clear that Minnesota cannot charge someone for refusing blood or urine tests, what about the drivers that were told refusing such a test would result in criminal charges and submitted to the test after hearing this threat? The state argued that the threat was true at the time it was made so those who took the test can still be punished.

Jay Adkins handled these cases at the Minnesota Court of Appeals and we received three straight victories. Each time the Court held that once a law is ruled unconstitutional, it was always unconstitutional-- it is as if the law was never on the books. Based on this, when drivers were told they would be criminally charged for refusing a blood or urine test they were mislead in violation of their due process rights. One by one, each of our clients got their licenses back and we now await as the matter is to be heard by the Minnesota Supreme Court.

4. BCA feels the heat for refusing to report uncertainty of measurement and bias with breath tests.

Breath tests in Minnesota are conducted with the DataMaster DMT. This machine is designed to conduct measurements of a subject's breath alcohol concentration. Since measurements are being conducted the principles of metrology (study of measurement) is vitally important.

We began to point out that the Minnesota Bureau of Criminal Apprehension (BCA) was not following the metrology standards. Specifically, they were not releasing (or even calculating) the uncertainty of measurement or bias, even as numerous authorities in the field stated these steps are essential to interpreting the results. The BCA continued to hide behind their accreditation and say "our accrediting body does not require us to complete these steps." Unfortunately for the BCA, their accrediting body does not have the ability to override the consensus of the scientific community and the courts are only allowed to consider scientific evidence that complies with accepted scientific principles and practices, not just what accrediting bodies require.

Ramsay Law Firm continued to bring the BCA into court on this subject and judges started to see that because the breath tests did not comply with scientific standards, they were not valid, reliable, or accurate. Accordingly, the test results started getting thrown out, which got our clients' their licenses back, and put pressure on the BCA.

In response, the BCA cried uncle. They hired Rod Gullberg to develop the measurement uncertainty and bias of all breath tests in Minnesota and released that information.

5. Cases start being defeated based on the information released by the BCA on uncertainty of measurement.

Today, we are still fighting this battle in court. One-by-one we are attempting to educate judges and prosecutors about metrology and the inherit uncertainty of the test results they so loyally believe.

6. We convinced that the Court of Appeals that the Implied Consent Law allows our clients to challenge whether their alcohol concentrations was 0.16 or more.

We pointed out to the Court of Appeals that the Implied Consent law states a driver may challenge whether the test is valid, reliable, and accurately evaluated. We also argued that due process requires that a driver be allowed to challenge an increased license revocation because they have a property interest in their driver's license and license plates.

The state argued that the law only explicitly allows a driver to challenge if their concentration was 0.08 or more. In their mind, if the test registers an alcohol concentration of 0.16 or more, the driver is stuck with the increased revocation.

The state's argument is crazy. No, really, a Court of Appeals judge told the state's attorney "that's crazy" during oral argument. The court ruled in our favor and stated in a published opinion that all drivers are able to challenge whether their alcohol concentration was 0.16 or more.

7. Multiple DWI refusals defeated because the driver was physically unable to provide enough air for the Datamaster DMT.

So now that it is settled that the state can criminally charge a driver for refusing a breath test, but not urine or blood, we have seen an uptick in the amount of breath tests conducted. Once someone agrees to take the test they are required to give two breath samples that will be analyized. Each sample must contain at least 1.5 liters of air total with a flow rate of at least 3.0 liters per minute. If a driver fails to give "adequate" samples, the officer may arbitrarily determine that the driver "refused by their conduct," and charge them with criminal refusal.

We had two clients this past year charged with refusal by conduct. Knowing that physical inability to give the breath samples was a defense to these charges, we challenged the refusal and showed the court that the client's inability to give enough air was due to medical issues and not an attempt to avoid testing. In both cases we were successful in defeating the refusal charge.

One of the hardest parts of being charged with a DWI for our client's is the loss of their license. In order to provide some relief the state has set up the Ignition Interlock program. Simply put: if you have a Ignition Interlock device installed in your car, you will be allowed to drive during a license revocation. The trade offs are that you will be required to give breath tests every time you drive and if you are caught attempting to drink and drive (violating the program) your license revocation will be extended or even canceled.

A client of ours found herself in this very position. Although she never consumed alcohol, she had a positive test and the state wanted to cancel her license. After some investigation, we were able to show that the specific device was prone to false-positive tests and that the positive test result at issue was entirely consistent with those false-positives. The judge agreed and our client's license was saved. This was not an isolated incident; we continue to see more and more Ignition Interlock devices registering false-positive tests.

9. Charles Ramsay and Daniel Koewler named "Attorneys of the Year."

Based on their endless work challenging the validity of breath tests and their handling of some of the biggest cases of the year, Charles Ramsay and Daniel Koewler were given the prestigious award of being named one of Minnesota Lawyer's "Attorneys of the Year." This is actually Chuck's second time receiving the award which places him in the incredibly rare "Circle of Excellence" level for Minnesota lawyers.

What a year! Now we look forward to 2017. Check back this holiday weekend when we will release our predictions for the upcoming year; we might not be the second coming of Nostradamus, we do have a history of correctly predicting the future of Minnesota's DWI laws and upcoming legal challenges.

Happy New Year's and if you're out celebrating make sure to call a cab or have a designated driver!