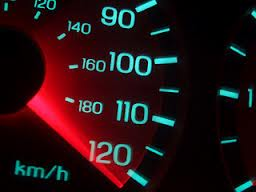 Today, the Minnesota Supreme Court granted accelerated review in the case of State v. Brooks, A11-1042.

This case will have a crucial impact on the future of DWI cases across Minnesota, as the Minnesota Supreme Court will be asked to address warrantless DWI searches in the wake of the Missouri v. McNeely decision.

By way of background (for those who want to sound smart when discussing the Supreme Court's decision to grant accelerated review): the Brooks case (which is actually a consolidated set of cases) was originally reviewed by the Minnesota Court of Appeals back in 2012. That time around, the court concluded that "single-factor exigency" permitted warrantless urine and blood tests. The Brooks case eventually made its way to the United States Supreme Court, who accepted review, promptly overturned the conviction, and then returned the case to the Minnesota Court of Appeals with instructions to reconsider their decision in light of the McNeely case (which discarded the "single-factor exigency" doctrine).

So Brooks went all the way to the United States Supreme Court, before moving back to the Court of Appeals - except this time, the issue will more than likely focus on whether or not Brooks "freely and voluntarily" consented to this DWI search.

This issue - the issue of consent - reaches the core of the arguments we're raising against DWI tests across the state. And rather than let this appeal run through the traditional process, which can take over a year, this grant of accelerated review means that the Brooks case will be the Minnesota Supreme Court's first opportunity to issue a decision with statewide impact - and they recognize how important such a decision is.

Of course, there's a lot more to this decision to grant accelerated review than meets the eye . . . stay tuned.

And in case you missed it above, here's a copy of the order granting accelerated review.