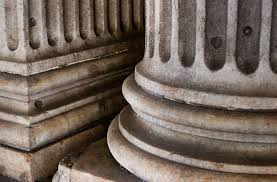 Today, the Minnesota Supreme Court held oral arguments in the consolidated State v. Brooks cases. We'll provide our readers with a link to the full argument once it becomes available, but we also know that many of our readers are wondering "how the argument went."

Any attempt to predict how the Supreme Court will rule on a case, based solely on the questions asked at oral arguments, is a fool's game . . . but that doesn't mean concerned people won't try. Thousands of DWI cases, and the fundamental way in which we view our Constitution, hinge on the decision that will be issued in Brooks. I won't offer any opinions here today, but here's a brief recap of what went on today (we'll elaborate on all these points in future blog posts):

Approximately half of the arguments today revolved around either the "good faith exception" to the exclusionary rule, the different protections afforded to individuals under the U.S Constitution versus the Minnesota Constitution, and the "search incident to arrest" exception to the Warrant Clause. A fair amount of time was also spent discussing the legal difference (if any) between blood tests and urine tests.

That was the point that Jeff Sheridan, attorney for Brooks, started his argument with; when it comes to different types of searches (blood, breath or urine tests) the Fourth Amendment is designed to protect a person's privacy interest, regardless of how "intrusive" the search is. Chief Justice Gildea, Justice Stras, Justice Page and Justice Lillehaug all weighed in with questions regarding whether or not the "degree of intrusiveness" for a blood test versus a urine test was actually relevant to the question presented. Attorneys for the State argued that because urine tests involve no "intrusion" into the body, they are inherently reasonable and never require a warrant. This led to a back-and-forth between Justice Page and Todd Zettler regarding the need for warrants in a wide variety of cases, and Zettler's conclusion that DWI searches are "inherently reasonable" and thus never require a warrant.

Chief Justice Gildea asked several hypothetical questions that assumed that Minnesota's test refusal law had been repealed, asking the attorneys what impact the de-criminalization of test refusal would have on the Fourth Amendment analysis. Sheridan conceded that the "consent" exception to the Warrant Clause would be a closer call if the only penalty for refusal was a longer license revocation period, without going so far as to concede that every completed test could then be considered consensual.

In response, the State took the position that a driver's "consent" is actually irrelevant - arguing that while Minnesota's Implied Consent laws "encourage acquiescence," the difference between Minnesota's Implied Consent law and Missouri's Implied Consent law effectively places Minnesota "outside" the holding of McNeely. Interestingly, when repeatedly pressed by Chief Justice Gildea, J. Michael Richardson (also arguing for the State) refused to even address a key case dealing with the issue of coerced consent - Bumper v. North Carolina. Instead of discussing the Bumper case, Richardson emphasized the State's position that "consent" is irrelevant in DWI searches because these searches are all reasonable.

All told, the arguments in Brooks covered a broad range of issues, and highlighted the numerous different ways that the Court could choose to rule in this case. Will the Court find that there was no exigency and that any "consent" was coerced, and throw out all DWI test results? Will the Court distinguish between urine tests and blood tests, only suppressing tests of blood samples? Could the Court conclude that whenever a driver says "yes" to a test that it constitutes free and voluntary consent, negating the warrant requirement? And even if the Court does find that current police practices are unconstitutional, will they nevertheless craft a "good faith exception" to the exclusionary rule and not retroactively suppress the results in all pending DWI cases?

Further complicating matters is the fact that one member of the Court, Justice Wright, has recused herself from this case. This raises the spectre that however the Court rules, the decision could be a 3-3 split, which would not provided the guidance that the lower courts are looking for from this case.

We intend to explore all of these issues, and more, in future blog posts, so stay tuned.