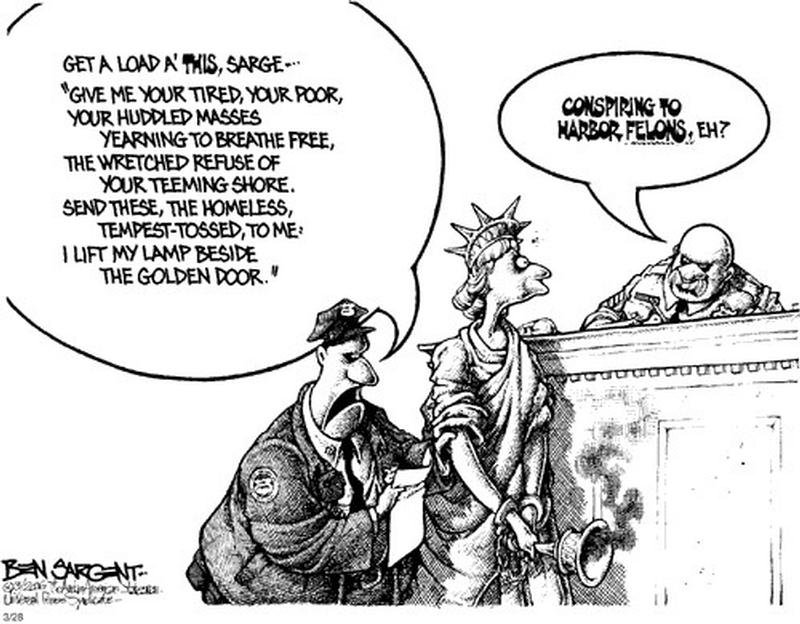 They call it "crimmigration:" the intersection between criminal law and immigration consequences. Until recently, crimmigration was a relatively predictable area of law: crimes involving drugs or moral turpitude (such as fraud) would seriously impact someone's ability to stay in the United States, but your basic 4th-degree DWI probably wouldn't. Now, however, the Trump administration has been shaking things up in some pretty weird (and sometimes dubiously legal) ways, meaning that we need to take as few risks as possible when our clients are immigrants.

In the last couple of weeks, Ramsay Law Firm attorneys have gotten some excellent results for our clients. For example:

State v. V.L.: our client had already filed for permanent residency, and was worried his green card would be denied and he would be deported based on his 3rd degree DWI. We negotiated with the prosecution and got them to drop the 3rd degree charge and offer a stay of adjudication on 4th degree DWI, which is a misdemeanor instead of a gross misdemeanor. The lower charge is less likely to trigger immigration consequences. And a stay of adjudication? That means our client pleaded guilty to 4th degree DWI but was not actually convicted by the judge. If he completes probation successfully, which we have total faith he will, the charge will be dismissed. Probation will be for one year and it will involve 9 days of community service and a one day DWI class. We worked together with our client's immigration lawyer to make sure this was the safest possible deal for his green card case, in addition to being a clear win from a criminal defense perspective.

State v. E.M.: our client is in the process of applying for U.S. citizenship. The 3rd-degree DWI charge he faced would have weighed against him, possibly convincing the federal government that he should not be a citizen -- despite E.M.'s contributions to his new Minnesotan community. The prosecution saw we could poke huge holes in the validity of their breath test, and quickly offered E.M. a deal that allowed him to plead guilty to a 4th degree misdemeanor DWI instead. Again, lower degree, lower chance of negative immigration consequences. E.M. will serve no further jail time or community service, and will be on unsupervised probation for a year. He chose to accept this deal, limiting his risk as much as possible and as soon as possible. We hope to welcome him as a fellow American soon.