Everything You Need to Know About McNeely in Minnesota 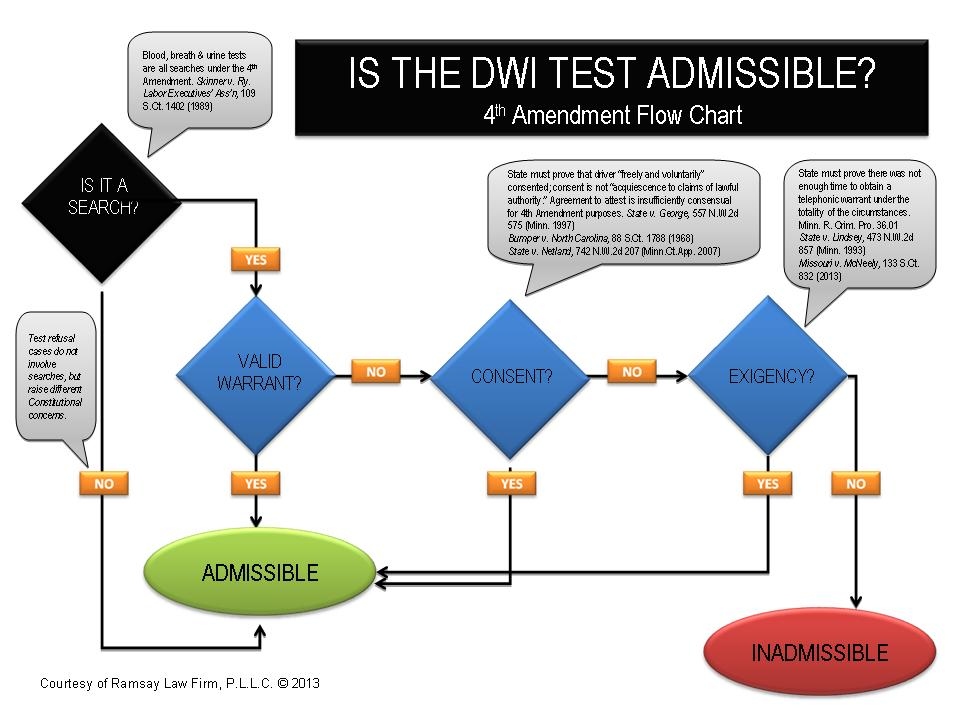 If you've been charged with a DWI, or know somebody who has, there is one thing you need to know: DWI law in Minnesota is incredibly uncertain right now. Test results are being thrown out at unprecedented rates, good defense attorneys are getting charges reduced and cases dismissed, and everyone is waiting for further guidance from the highest court in the land. And it's all because of one case: Missouri v. McNeely.

We've blogged about McNeely a lot, but rather than force our new readers to dig through months of posts, we're putting them all right here, as a sort of McNeely CheatSheat. So grab a cup of coffee, get comfortable, and get ready to click on as many hyperlinks as you can handle.

Everything You Need to Know

Back in early 2012, before the United States Supreme Court even came into the picture, we highlighted the Missouri v. McNeely case and emphasized its importance. Fast forward nine months, where the U.S. Supreme Court decided to accept review of the McNeely case. We then blogged about oral arguments, and provided the public with all the relevant briefs.

After arguments concluded, we teased our readers a little bit, and then provided them with a rundown of the (then) current status of Minnesota's DWI refusal law, how consent worked in Minnesota, and how some Minnesota judges were already anticipating the impact of the McNeely case in Minnesota.

Then, the decision came down. Just as we predicted, the U.S. Supreme Court discarded the "single-factor exigency doctrine" and we immediately set out to educate the public. Along with appearances on local news outlets, we started explaining how McNeely would likely affect Minnesota law, including not only the impact the decision could have on DWI Test Refusals but also how the decision fundamentally altered how judges and prosecutors even viewed the crime of driving while impaired (that one includes a fantastic chart!)

Eventually, the battle lines were drawn, as judges around the State began issuing rulings regarding DWI tests. Some judges agreed with our interpretation, and suppressed unconstitutionally obtained test results. In response, prosecutors started refining their arguments, trying to minimize or outright ignore the impact of McNeely.

So the Minnesota Supreme Court stepped in, to try and settle some of the questions raised by McNeely by hearing the Minnesota case of State v. Brooks.

We're now waiting for guidance from the Minnesota Supreme Court. Some judges are taking the opportunity to express their creativity, but even those who are remaining silent are beginning to see that search warrants aren't as troublesome as the prosecutors have led them to believe.

In the end, Brooks may simply raise more questions than answers; but rest assured, we'll still be here fighting the good fight and litigating this issue. After all, we were one of the first firms in the State to start demanding search warrants in DWI cases, way back in 2007, and we've still got a lot of fight left in us.