"He's Not Allowed Any Surprises." 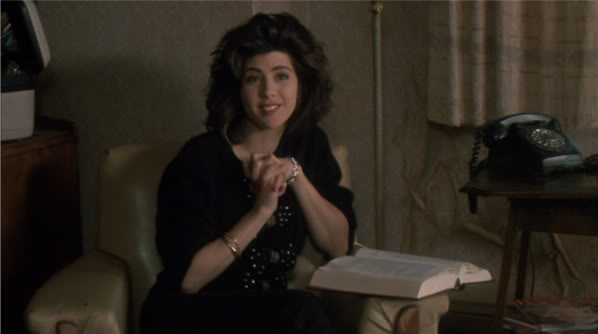 Most have seen the 1992 comedy "My Cousin Vinny," starring Joe Pesci and Marisa Tomei. It follows a New York attorney (Pesci) in his attempt to defend his wrongfully accused cousin in a Alabama court. Many remember this movie for the funny courtroom scenes and Tomei's great performance; but, what many do not know is that this film discusses some correct points of law, which brings me to the subject of this post: Brady violations.

In the movie, Pesci's character, Vinny, is anxious about the upcoming trial so he decides to go hunting with the prosecutor to see if he can use his charm to get some inside information on what evidence the state has. Vinny boastfully returns from the hunting trip with a complete copy of the prosecutor's file. Just when Vinny is feeling pretty good about himself, his fiancÃ©, Mona Lisa Vito (Tomei), who spent the day reading about the law, sets him straight with this memorable line:

"He has to, by law, you're entitled. It's called disclosure, you d#@$head! He has to show you everything, otherwise it could be a mistrial. He has to give you a list of all his witnesses, you can talk to all his witnesses, he's not allowed any surprises. They didn't teach you that in law school either?"

Ms. Vito is correct. Under the Minnesota Rules of Criminal Procedure the state must show the defense its evidence and notice of witnesses. Furthermore, under Brady v. Maryland (Brady for short) prosecutors must disclose material evidence which shows, or could show, the defendant might be innocent. Violations of this rule have been coined "Brady violations." and the remedies can be quite significant. Just last week, a potential Brady violation led to multiple convictions of serious felonies being remanded back to the district court for further litigation. You can view that opinion here.

The problem is Minnesota prosecutors are violating this well-understood rule of law in most DWI cases. We previously told you that the Minnesota BCA has started to reveal its measurement uncertainty and how this shows a .08 test result does not mean the true alcohol concentration is over .08. Unfortunately, the measurement uncertainty is not on the test results themselves and are not included in the files traditionally sent to defense attorneys as part of disclosure.

What's the big deal? Well, the measurement uncertainty shows that a defendant charged with driving with a BAC of .08 or more, may actually be innocent based on the inaccurate test result. This is material information the defense must be informed of. Keep in mind that most people do not follow legal developments and take the test results on face value. "If it says I am .08, I must be .08" This incorrect thought process leads thousands to plead guilty to a crime they are not actually guilty of. Withholding the measurement uncertainty cleanly fits the description of a Brady violation and it happens in most DWI cases.