How the BCA Hides Bias in Breath Testing

We expect State scientists to be unbiased, fair, and impartial. We expect them to work for the common good of the citizens of Minnesota. But if you’ve spent any time learning about how the MN BCA breath alcohol lab deals with bias, you’d be wrong.

The BCA has been hiding bias in its uncertainty statistics by putting bias under a bell curve. 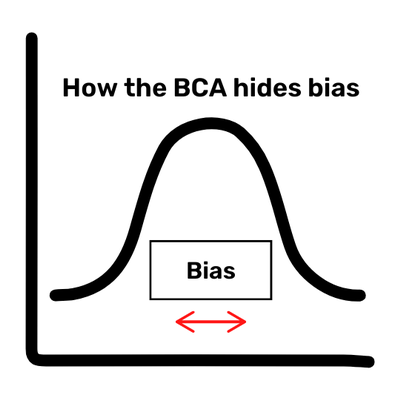 If your bathroom scale consistently reads 5 lbs high, the scale is biased. And if you are forced to be weighed on that scale, it’s only fair to subtract 5 lbs from every reading.

But the BCA doesn’t do that. Instead of correcting breath alcohol results for the bias, they simply place bias under a bell curve. Doing this turns more innocent citizens into criminals.

By treating bias in this unfair way, the BCA is acting as the final judge of a person’s guilt or innocence. This isn’t science, it’s a sneaky math trick.

Making Criminals Out of Innocent Citizens

The BCA could correct for bias, but instead, they expand their uncertainty interval by secretly rolling bias into their equation. Expanding the uncertainty interval is a lazy way to treat bias and may misrepresent the measurement. The preferred method, called for by the Guide to the expression of uncertainty in measurement (the GUM), is to make adjustments for bias upfront. The Guide addresses the method used by the BCA:

Occasionally, one may find that a known correction … for a systematic effect has not been applied to the reported result of a measurement, but instead an attempt is made to take the effect into account by enlarging the “uncertainty” assigned to the result. This should be avoided; only in very special circumstances should corrections for known significant systematic effects not be applied to the result of a measurement. GUM, 6.3.1 (Note)(emphasis supplied).

While the BCA’s method may have little consequence in a criminal case, in civil driver’s-license cases, where the government’s burden of proof is lower, the difference could have catastrophic consequences. In either scenario, the BCA testifies that the “most likely result” is the mean of the two samples. This, however, assumes the mean result has been corrected for bias.

By the BCA’s own admission, bias on any breath test could be as large as 0.005 (at the 0.08 level), and probably much higher at the 0.16 level. The BCA claims they can’t adjust the result because they are a “high-throughput lab.” But the citizens of MN demand better from their public servants.

Citizens shouldn’t be treated like widgets on a “high-throughput” conveyor belt. They deserve to be treated with fairness as individuals. 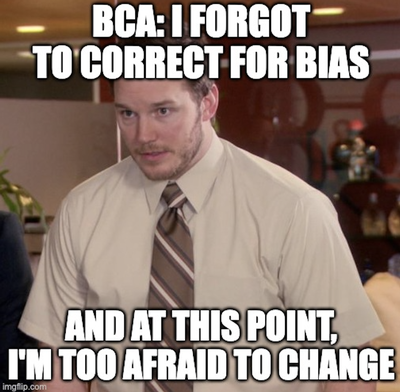 Even the author of the BCA’s own uncertainty procedure, Sgt. Rod Gullberg has a process for dealing with bias on an individual basis, but the BCA refuses to follow it.

A Fair Solution to Bias

There is a fair solution to this problem. The BCA could simply program its breath machines to make the proper adjustments for bias - but they refuse to do so. They’d rather turn a blind eye to science than make the necessary adjustments.

If you have been the victim of the BCA’s biased breath test machines, you need a lawyer who understands the science. At Ramsay Law, we take the time to understand the science and show how the BCA doesn’t follow it.