How the Minnesota Department of Public Safety Betrayed Our Trust 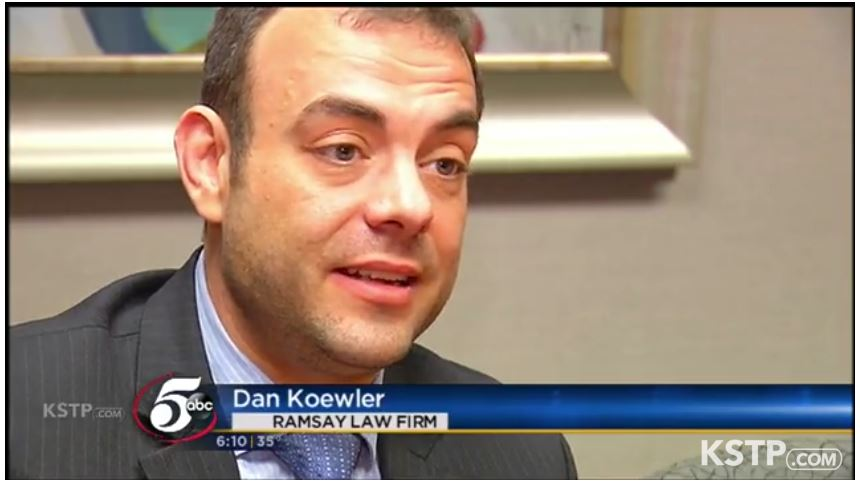 We've been featured in the local media on this issue, most recently on KSTP Channel 5, warning the State that we were aware of what they were trying to do and warning them to stop.But it certainly wasn't just the attorneys of Ramsay Law Firm pushing back -- the ACLU warned that the whole program was likely unconstitutional, and the State was even sued by one of its authorized Ignition Interlock Program providers to try and keep the State from continuing its unchecked surveillance program.

Most recently, the Minnesota Legislature has been holding hearings, demanding answers from the DPS as to why they think this program is a good idea, why it's necessary, and what steps (if any) have been taken to at least secure the huge amounts of data that are being collected from people.

The DPS's answers at those legislative hearings were . . . .very unsatisfying. Now, under the provisions of the Minnesota Governmental Data Protections Act that exist to protect the privacy of all Minnesotans against overreaching by the DPS, we've filed a class-action lawsuit against the State. At its core, this lawsuit is about protecting the privacy interests of all Minnesotans by stopping -- once and for all -- an unnecessary government surveillance program. We're doing this by using the protections of the Minnesota Government Data Practices Act (prtoections that were specifically designed to prohibit these types of actions by our government) to protect the rights of tens of thousands of Minnesotans.

The DPS's ongoing attempts to force ignition interlock providers to track anyone on the program -- even drivers who have zero restrictions on where they can and can't travel -- almost reads like a bad Dan Brown novel. They've worked to implement their surveillance program outside of traditional governmental checks and balances (which is why the legislature is now holding hearings), in disregard for the statutory protections provided for private data collected by the government (which is why the MGDPA even exists), and while blatantly ignoring Supreme Court precedent.

The Ignition Interlock program, standing alone, has the very noble purposes of both 1) allowing convicted drunk drivers to maintain their livelihood by being able to legally driver, while 2) also making our roads much safer by keeping impaired drivers off the road. That's what's so maddening about this situation -- the Department of Public Safety is tarnishing the reputation of this program by using it as an excuse to implement one of the most over-broad privacy intrusions one can imagine. Remember when the NSA was tracking people via their cell phones? It's like that, times 1,000, with the added kick that this surveillance does nothing at all to improve national security and could actually harm the individuals being tracked (the NSA does a far better job protecting the data it collects than the Minnesota DPS).

There is no good reason for the overwhelming majority of drivers on this program to have their day-to-day activities monitored by the government; there is even less reason for the government to carelessly warehouse all of this data indefinitely (with questionable protection for the privacy of that data to boot). But that appears to be the goal of the Department of Public Safety – using a very good program as camouflage to hide a system of widespread, unnecessary surveillance affecting tens of thousands of private citizens.

It is our hope that by bringing these actions to light, and highlighting for the Department of Public Safety the consequences for their unconstitutional, privacy-violating actions, that it will cease its efforts to implement widespread surveillance of our population and restore a measure of faith in our successful Ignition Interlock Program. I guess we'll find out in Court.