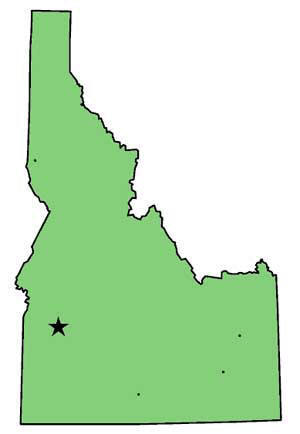 The upheaval that resulted from the United States Supreme Court's 2013 decision in Missouri v. McNeely continues to spark changes to DWI laws across the nation. Yesterday, Idaho joined the growing ranks of state Supreme Courts that have rejected "Implied Consent" as a method of enforcing a state's DWI laws. We've talked about some of them - Nevada, Kansas, and Texas are some recent examples. Now we'll tell you about Idaho, which not only rejected "implied consent" as a valid basis to conduct a DWI test, but overruled its own prior cases in reaching that conclusion . . . a candid admission that the legal landscape has changed since McNeely.

In the case of State v. Wulff, the Idaho Supreme Court held that "the district court properly concluded that Idaho's implied consent statute was not a valid exception to the warrant requirement" and agreed that the blood test taken from Mr. Wulff was inadmissible as evidence against him. In plain English, the Court said that the state could not use Mr. Wulff's blood alcohol evidence against him at trial because the State did not prove that he freely and voluntarily consented to a blood test.

Now, before this case came down, Idaho (like Minnesota) had ruled that officers could always administer a blood or breath test, under the "single-factor exigency" doctrine that was rejected in the McNeely case. Idaho, this time unlike Minnesota, also created another "automatic" exception to the warrant requirement, claiming that every driver consented to a blood or breath test simply by driving on Idaho's roads.

The Wulff decision quickly admitted that the McNeely decision eliminated the "single-factor exigency" exception, and then immediately went a step further. The Idaho Supreme Court concluded that McNeely also eliminated any legal claim that drivers could be told they automatically "consented" the moment they drove on a public road. Here's the key quote:

However, McNeely's overall discussion suggests a broader reading: that implied consent is no longer acceptable when it operates as a per se exception to the warrant requirement because the Court repeatedly expressed disapproval for categorical rules . . . irrevocable implied consent operates as a per se rule that cannot fit under the consent exception because it does not always analyze the voluntariness of that consent.

Contrast Idaho's treatment of "consent" with Minnesota and you'll see a stark difference. As of this writing, the Minnesota Court of Appeals has issued around 50 decisions dealing with consent, and in every single case has concluded that the driver consented - and some of those decisions have explicitly stated that the driver consented as a matter of law. Minnesota is effectively attempting to craft another "automatic" exception to the warrant requirement . . . whereas Idaho and many other states have carefully rejected such an approach.

Last year, we made an attempt to bring this issue to the United States Supreme Court, and this year, we're renewing our attempts. We'll post an update on that front soon, but in the meantime, we'll continue to inform our readers about what's going on in other states, as it can only help us in analyzing what is going on in Minnesota.