Is the Constitution Slowing You Down? Hop on the Legislative Bypass! 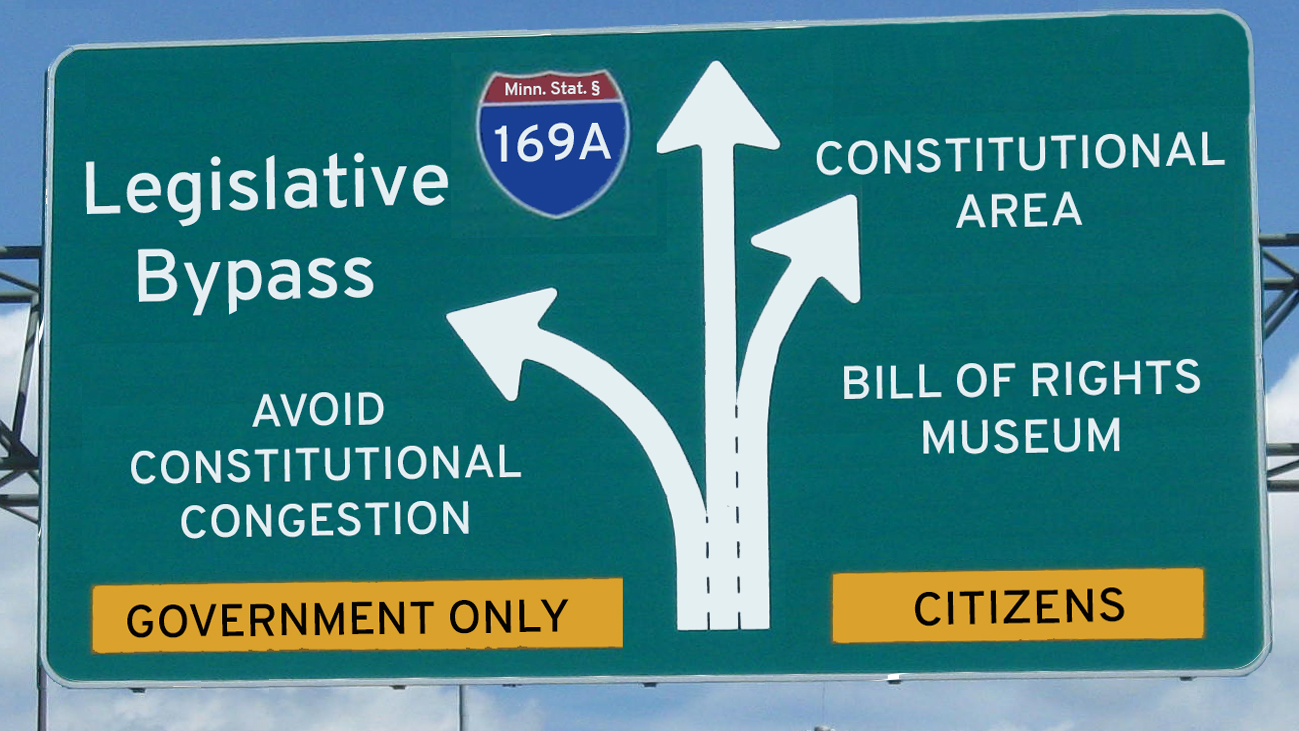 Happy Monday. Let's start the week with a quick peek at the Minnesota judiciary, circa 2001.

Of course, a statute cannot confer rights on law enforcement officers that the U.S. Constitution denies.

[W]hat the legislature may not do by statute is bypass the Bill of Rights and/or Minnesota Constitution.

The legislature does not have the power â?¦ to do away with constitutional limitations and to exempt law enforcement officers from their scope.

A state legislature can establish the law, but it cannot override its own state constitution.

Since statehood, the Minnesota Constitution and the Bill of Rights have served well the judiciary, the prosecution, the criminal defense bar, and law enforcement officers. These twin documents embody the right and the obligation given to [law enforcement] officers to work under, to work with, and to recognize the historical limitation on the power of state government over its citizens. Neither any other group of law enforcement officers, nor the attorney general's office on their behalf, has ever challenged this obligation.

The state has never argued that, in prosecuting crimes against the state committed on public roads, a "shroud appears over constitutional guarantees| of due process and fairness. â?¦ Until now, no one has ever argued the contrary.

Our answer is simple. [] the county attorney, the county sheriff, the chief of police, and all other law enforcement personnel in the performance of their sworn duties are subject to the Minnesota Constitution and the United States Constitution â?¦. No other rational answer can be given.

Our answer is simple too: Legislators and judges are also subject to the Constitution in the performance of their sworn duties. Enacting and upholding a statute that criminalizes refusal to submit to a warrantless search is unconstitutional. No other legal answer can be given.