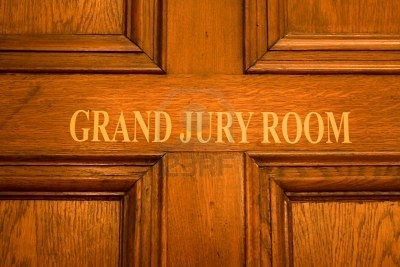 We've told you about problems with the Intoxilyzer 5000, Minnesota's breath test machine. In 2008, Minnesota Lawyer reported on how we even uncovered a state secret that errors in the breath test machine's software wrongly convicted people of test refusal. The State tried to keep it secret and continued to use the machine.

This type of conduct occurs, not only in Minnesota, but in other states as well. Unfortunately, officials are rarely held accountable. It seems a group of Texans are changing that in Houston.

When a technician blew the whistle on Houston's breath testing program â?? which, coincidentally, also uses the Intoxilyzer 5000 â?? her supervisors did nothing. So she quit, putting many breath test cases in jeopardy.

In legal terms, the proper response to this is "Holy Catfish, Batman."

Prosecutors are always in the room with Grand Jurors when they are interviewing witnesses. The only part they are excluded from in a Grand Jury is when the grand jurors deliberate. The Grand Jurors excluding the prosecutors from the testimony is kind of the equivalent of the President being booted out of a Cabinet meeting. It just doesn't happen. I mean, ever.

The prosecutors freaked and brought a motion before a judge to order the jury to allow them in. After the judge refused, the prosecutors appealed. Last week the court of appeals denied the motion!

Amanda Culbertson, the breath testing employee who blew the whistle on shoddy maintenance of the breath test machines, is a hero and so are those on the Grand Jury. The prosecutors are scared, and may be guilty of criminal behavior themselves. At a minimum they're guilty of dereliction of duty. Instead of ensuring that justice is served by seeking to convict the guilty based only on forensically sound evidence, they make a mockery of the judicial system and embarrass themselves and other good prosecutors by failing to uphold their constitutional duties.

Meanwhile in Minnesota, we await someone like Amanda Culbertson to step forwardâ?¦.