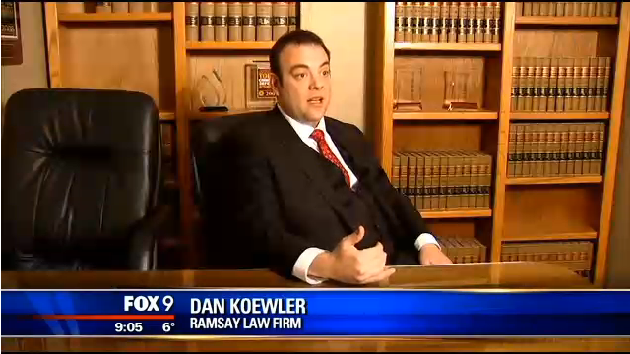 Dan Koewler appeared on KMSP Fox 9 News this week to discuss the recent Supreme Court decision in State v. Bernard and provide his experienced analysis of the decision (you can read the decision itself here).

The article associated with the interview does a good job of laying out the basic facts of the Bernard case, as well as discussing the legal holding in the case. We'd suggest reading it.

This decision is notable (and surprising) as much for the spirited dissent as for the final decision, and will have a tremendous impact on all future DWI cases. This case marks an important shift towards a new and much looser interpretation of our Constitution's Fourth Amendment, stretching an exception to the warrant requirement originally designed to protect the safety of law enforcement to cover intrusions into the human body.

As always, expect much more litigation in the aftermath of the Bernard decision, including a high likelihood of this case (or at least the issue presented in this case) arriving on the doorstep of the United States Supreme Court in the near future.