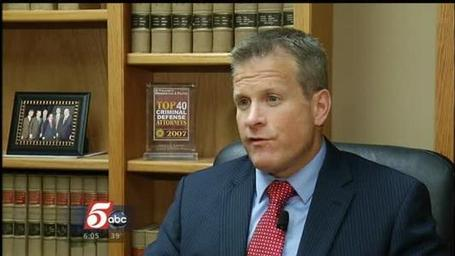 The article associated with the interview does a good job of laying out the basic facts of the McNeely case, as well as discussing the legal holding in the case. We'd suggest reading it.

Make no mistake - this decision will have a tremendous impact on all future DWI cases. This case marks an important shift towards a stricter interpretation of our Constitution's Fourth Amendment, upholding personal privacy rights against the steady onslaught of decisions that have steadily eroded our constitutional protections in the name of "efficiency."

A healthy respect for everyone's privacy does nothing to prevent law enforcement from doing their jobs - instead, it ensures that fewer innocent people will be subjected to intrusive searches on the whim of police officers. Hundreds of DWIs may be thrown out of court as a result of this decision, but in the long term, the legal system will be further strengthened and we will see less examples of "rogue" cops who would like to act with as little judicial oversight as possible.

Expect much more litigation in the aftermath of the McNeely decision, as courts nationwide (including Minnesota) come to terms with exactly how far-reaching the impact of this decision actually is.