Stuck in the Middle With . . . Infrared Spectroscopic Uncertainty of Measurement 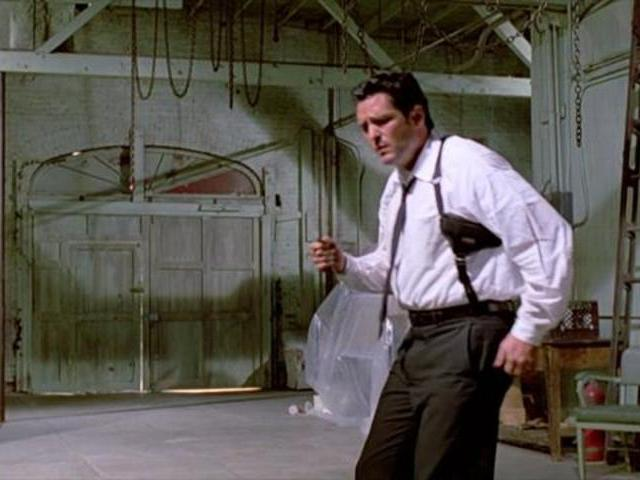 It's an iconic scene from a great movie - Mr. Blonde from Reservoir Dogs gives his hostage an earful while listening to Steelers Wheel's "Stuck In The Middle With You." Now, you can over analyze Tarantino's decision to use this song during such a graphic scene, but it doesn't change the fact that it's a pretty good song.

And it does a pretty good job describing the state of scientific evidence in Minnesota, especially when it comes to DWI breath tests. Because right now, Minnesota occupies a strange middle ground - government experts will bend over backwards to avoid being forced to explain the very serious limitations and shortcomings of alcohol breath testing, but when you really press them, they'll start to agree with you.

Compare this to the clowns to the left of us - the growing amount of states that mandate proper reporting of measurement uncertainty for all breath tests. Washington State not only reports the uncertainty of their breath test instruments, but in a real sense they literally wrote the book on how to do it right.

To the right, meet the jokers - states like Alaska, where the legislature went so far as to prohibit defense attorneys from even mentioning how inaccurate breath tests are. Talk about insanity . . .

Clowns to the left of us, jokers to the right, and here in the middle, we've got Minnesota. Here, when it comes to breath tests, we'll admit that our machines are not 100% accurate . . . but we won't admit just how inaccurate. Currently, the Minnesota BCA will admit that their machine isn't perfect at measuring "control samples" (lab created alcohol samples which barely resemble human breath samples), and will even provide a certificate admitting their errors if you demand it.

But look at that certificate - it says that at a 0.08, the machine is inaccurate to +/- 0.005. That will make a difference in cases where the breath test result is 0.084 . . . but is it the full story? I assure you, it is not. Compare that certificate to the information provided in states like Washington, and you'll discover the stark truth: that 0.005 that the BCA will "admit" as a range of error? Yeah . . . that's about 1/5 of the actual error range. They won't admit that fact (not yet, at least) but that means that at a 0.08, you can expect to see tests ranging as high as 0.10 that could arguable be UNDER the legal limit.

We'll explain this legal defense to DWI in more detail over the course of this summer, but just know that it's only a matter of time before it becomes widespread knowledge. Most recently, the state of New Mexico joined the ranks of scientifically rigorous states in reporting the uncertainty range with their breath tests; until Minnesota reaches that point, we'll just continue to get test results thrown out of court until the Minnesota BCA does the right thing and starts following very basic scientific practices.