Tampering with the Evidence - Forensic Labs Are Dropping Like Flies 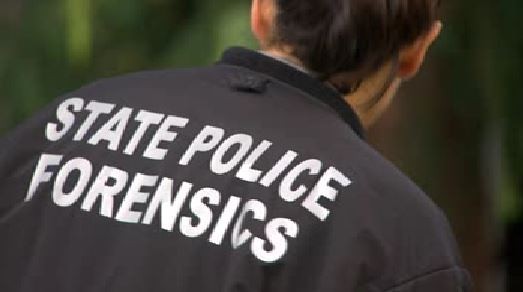 You may recall the St. Paul crime lab debacle in 2013:

An independent review of the St. Paul crime lab found

major errors in almost every area of the lab's work, including the fingerprint and crime scene evidence processing that has continued after the lab's drug testing was stopped in July. The failures include sloppy documentation, dirty equipment, faulty techniques and ignorance of basic scientific procedures ... Lab employees even used Wikipedia as a 'technical reference' in at least one drug case ... The lab lacked any clean area designated for the review and collection of DNA evidence. The lab stored crime-scene photos on a computer that anyone could access without a password.

Last Thursday, September 17, 2015, the news came out that a forensic analyst at an Oregon State Police lab was placed on leave after

"improprieties" found in one case led to further investigation into stolen evidence and fabricated results. According to one estimate, the technician worked on over 300 cases in one county alone, and as many as 1,000 cases may be in jeopardy.

instead developed their own nonstandard methods for the testing of ethanol, cocaine metabolites, cannabis and every other drug in urine and blood samples. The scientific breach renders the results of every test performed in the lab potentially unreliable and invalid, according to experts.

In Detroit, in 2008, police shut down their crime laboratory

At a Massachusetts drug lab, in 2012, a chemist was sent to prison after admitting that

In Colorado, in 2013, the Office of the Attorney General documented inadequate training and alarming lapses at a lab that measured the amount of alcohol in blood.

three trace-evidence technicians have flunked a routine test administered to uphold the police crime lab's accreditation, police brass announced Tuesday. Each technician tests hundreds of pieces of evidence a year for traces of blood and semen, so if investigators determine that the methods are problematic, it could throw countless court cases into question ... .

In North Carolina, in 2010, it was discovered that

agents withheld exculpatory evidence or distorted evidence in more than 230 cases over a 16-year period. Three of those cases resulted in execution. There was widespread lying, corruption, and pressure from prosecutors and other law-enforcement officials on crime lab analysts to produce results that would help secure convictions. And the pressure worked.

This is why, at Ramsay Law Firm, we hold the state accountable for every test result we get. Accuracy, reliability, validity...we don't take the state's word for it. We make them prove it.