Using Due Process To "Set Right What Once Went Wrong" 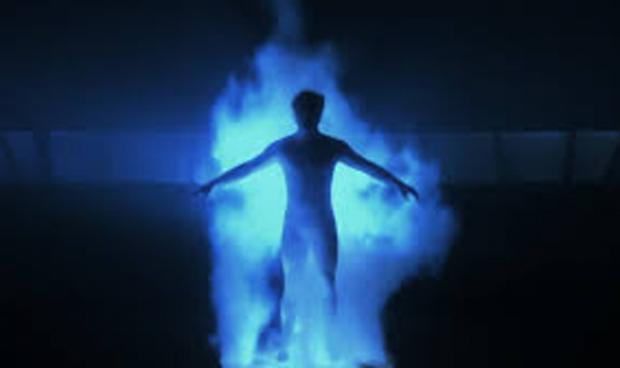 In the early 90's I was a fan of the show "Quantum Leap." The premise of the show was pretty straight forward: Dr. Sam Beckett (played by Scott Bakula) was bouncing around through time as a result of a science experiment gone wrong. His mind would end up in someone else's body, and after this "quantum leap" he'd have a relatively short amount of time to correct some historical mistake (maybe the person he "leap"ed into died in an avoidable accident, or was in a position to stop a major injustice and failed to act). His holographic fried Al (played by Dean Stockwell) would use the early-90's version of Google to figure out what "went wrong" and would then suggest the best way to "set it right." If Dr. Beckett successfully managed to fix whatever historical mistake he was facing, he would then leap into another individual at another point in time, and the process would start over again.

I loved that show.

Today, a modern and less science-y version of Quantum Leap is happening in courtrooms around our State. Instead of Dr. Beckett being asked by Al to "set right what once went wrong" we're now filling Al's shoes and asking various judges to correct historical mistakes -- and we're having a lot of success.

The historical mistake is Minnesota's DWI Test Refusal Law; our legislature's decision to make it a crime for individuals to refuse to submit to warrantless searches. As we've blogged about previously, we recently convinced the Minnesota Court of Appeals to find that this test refusal law is unconstitutional whenever law enforcement demand a blood or urine sample from drivers (and the United States Supreme Court will soon decide if it is unconstitutional with respect to breath tests).

But the vast majority of driver's don't refuse to submit to testing . . . . which raises the question "what can we do to help?" The answer is very straightforward, and is tied to this ongoing "historical mistake" that is a fundamental part of our DWI test refusal law. This is because almost every driver in Minnesota is told two radically out-of-date pieces of information by law enforcement after being arrested for DWI: (1) Minnesota law requires you to take a test, and (2) refusal to take a test is a crime.

Now, if you clicked the links I provided above (or you just trust me) you know that those statements are outright lies: the "crime" of test refusal is an unconstitutional one. Yet law enforcement continues to follow this unconstitutional law and continues to tell drivers that refusal to take a test is a crime! That's where the due process violation comes into play.

The Minnesota Supreme Court has "consistently noted its concern that law enforcement officials not mislead individuals with respect to their obligation to undergo blood alcohol testing." That's why our Courts are charged with suppressing any test results whenever police "threaten criminal charges that state was not authorized to impose, thereby violating the constitutional guarantee of due process."

It's a simple but powerful argument, and we've already convinced judges from around Minnesota to "set right what once went wrong" and throw out blood and urine test results that were obtained after our clients were told (incorrectly) that "refusal to take a test is a crime."

Minnesota's test refusal law has been on the books for decades, and has faced numerous constitutional challenges since it was first drafted. Recently, our Courts have repeatedly issued orders finding the basis for that law unconstitutional. Now, we're traveling around the State, client by client, county by county, and convincing judges to suppress DWI test results that were the result of our legislature's mistake -- leaping from judge to judge, until the day comes where our appellate courts rule on this issue once and for all, permitting us to finally make the leap home (oh boy!).