Roadmap to Victory: Noticing When Something Is Missing 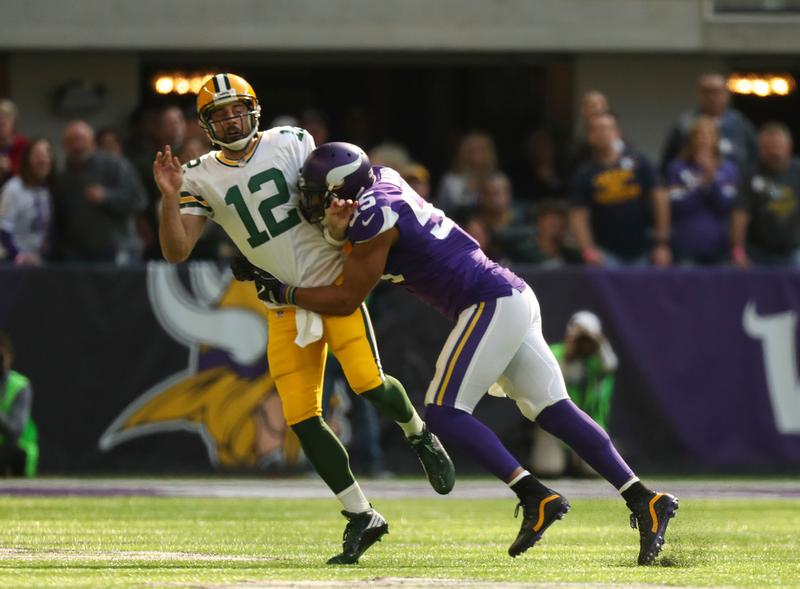 We teased everyone last week that we were going to release some of the "under wraps" victories we've had for our clients over 2017. And because we're also currently suffering from a bad case of drinking the purple Kool-Aid, we thought it would be fun to compare these wins to the current rise of the soon-to-be-world-champion Minnesota Vikings.

Winning a DWI case in Minnesota is rarely cut and dried: while we're occasionally able to immediately proclaim "this is how we are going to win this case!" it's far more common to have to dig deep into the case before discovering the lever we are going to use to pry the case wide open. One interesting way of winning a case is by simply noticing the fact that something is missing, and taking advantage of it before it can be replaced.

Remember week 6, the Vikings-Packers game? The game we won 23-10? Most Vikings fans (and most of the NFL as well) remember that game because of Anthony Barr's hard but perfectly legal hit on Aaron Rodgers that took him out of the game. Rodgers left the game after that hit, to be replaced by backup quarterback Brett Hundley.

The Vikings capitalized on the fact that Rodgers was missing from the Packers offense -- Hundley ended the day throwing three interceptions and getting sacked four times. Now, it was pretty obvious that Rodgers was missing from the game after he left (in fact, it was all most commentators could talk about for the rest of the season . . . ) but credit is still due to Mike Zimmer for rapidly adjusting his defensive game plan to exploit Rodgers' absence from the field.

We pulled a similar trick earlier this year, when we noticed something almost as obvious as seeing Rodgers on the bench -- the State of Minnesota had decided to update the form the State used to notify drivers of alleged violations of Minnesota's Ignition Interlock program. We still don't know why they updated this form, but what we do know is that when they updated it, they omitted one crucial piece of information: they stopped informing drivers that they had the right to have a judge review the violation to make sure it was appropriate.

As defense attorneys, we see the same types of documents day-in and day-out. And that makes it hard to remind ourselves to focus on reading everything to make sure that we're not leaving anything on the table. We don't think that any other defense attorneys in Minnesota noticed this omission -- but we sure did. And when we noticed it, we immediately realized that this was a blatant due process violation of a driver's rights.

Now, it was a constitutional violation that was easy to fix. The State of Minnesota just needed to update their form (again) to correct the mistake. Way easier to fix that omission than to magically put Rodgers back into the starting lineup.

It took the Packers about 8 weeks to get Rodgers back into the game; for some reason, it took the State nearly as long to fix their critical omission. We certainly didn't advertise this mistake; instead, we performed the legal equivalent of "four sacks and three interceptions"  and took advantage of the situation to win as many cases for our clients as we could.

Here's a redacted copy of a winning Ignition Interlock order, where the judge points out how important it is to inform Minnesota drivers about their basic rights before taking their drivers licenses.

Now, this win isn't like the other two we're going to talk about -- after all, Rodgers did come back (if only for one game) and yes, the State did fix their mistake (eventually). So this is not currently a defense that we can keep raising . . . at least, for now. Because we're going to continue to review every single bit of evidence for every single one of our clients in every single case, and it's only a matter of time before we notice another basic mistake that we can use to our client's advantage. It happens more often than you would think. Maybe the government thinks they can get away with casually violating drivers due process rights because nobody will notice?

Oher blogs in this series: